Aussie duo bring their award-winning play to the Fringe for the first time.

Chris Isaacs and Jeffrey Jay Fowler are old Australian Fringe hacks. However, it’s the first time this Aussie duo are taking the limelight at the Edinburgh Fringe Festival with their show Fag/Stag. Here we chat about the play’s concept, which actor the audience thinks is the hottest, and trying to accept a backhanded compliment…

The two-man show focuses on the relationship between gay man Jimmy and straight man Corgan and the difficulties each of them face. It’s a comedic and drama-filled insight into dating apps, sex, an ex-girlfriend’s wedding and “what it means to have your best mate when you’re stuck being your worst self“.

“I don’t want to unveil what happens in the play,” says Fowler, “but the difficulties they experience are a by-product of their own approach to masculinity or the way they’ve grown up in this specific environment.”

Despite the play being about a gay man and a straight man’s friendship, there is limited representation of the fag/stag concept in art, say the duo. Fowler adds there are some “bad stereotypes” coming from American TV shows, most of which he is not overly keen on.

“We created a unique friendship between these two fictional characters that was universal,” says Fowler. “I think straight guys and gay guys can misunderstand – or not understand – each other.”

It’s this kind of challenge the guys hope make the audience think during the hour-long play.

Previously people left the theatre challenged by the moral, or immoral, decisions made by the characters, explains Fowler. Added to that are confronting emotions about Gen Y’s depiction of sex.

“It sounds so grim,” adds Isaacs with a chuckle. “The play’s actually pretty funny.”

Fowler remembers a particular instance where he received a somewhat backhanded compliment after the performance one evening.

“I think he was a gender professor in Melbourne,” he says. “He pulled me up at the bar after one of our Melbourne Fringe performances, and I think he meant it as a compliment. He said ‘your play is almost a text-book example of a friendship between a gay guy and a straight guy.'”

“What he meant was that we’d really captured it, but it came across weirdly.”

It’s because each audience is different. “Ninety percent of the show is us direct-addressing the audience,” said Fowler. “If you get a group who doesn’t like it, you can’t ignore them. You have to keep selling it to them.”

Still, the duo are confident the play will resonate with an international audience. Set in Australia’s Perth where there’s a minute LGBT (lesbian, gay, bisexual, transgender) scene, the characters were created from the types of people living within cities like this, they said. And these cities are found all over the world, not just Australia.

“The questions around masculinity in the show certainly apply internationally,” says Isaacs. “And culturally speaking it is very anglo-English/Scottish kind of structure and expectations of how men act in particular ways.”

So why should people come and see their play? Bantering about not wanting to sound arrogant and wanting to set high expectations, Isaacs says, “it’s a good show.”

“It’s done well in the past, and it can continue to do well,” he says. “It’s fresh, it’s personal. The hour that you actually sit in the theatre is quite fun. We do create a sense of being present with the audience because of how the show is. It’s an experience as much as you sit and watch.”

“It’ll be really fascinating to see it in an international context.”

As an added bonus, Fowler jokes the audience gets to look at one really good-looking guy during the hour-long show. “We let them decide which one is the hot one.” 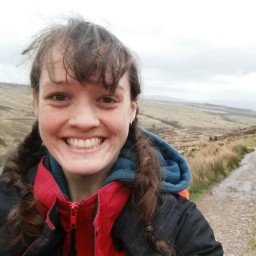 Handsome but somewhat inert, Francis Lee’s titular fossil is a more apt metaphor than he intended