Paul Wilson is arguably the UK’s most recognised conman, famous for revealing the secrets behind everyday scams on BBC’s The Real Hustle. After a sell-out show last year, Wilson is returning to Edinburgh International Magic Festival in July to première his new tour, Artifice: The Art of Deception. Still in the throes of filming the latest series of The Real Hustle, we managed to catch a few minutes with Paul to talk about magic, cons, and how even the great scammer himself has fallen victim once or twice…

How did you first get into magic?

Well I came back from Singapore when I was about eight years old and moved to Edinburgh where my grandfather used to play cards every day, used to bet on horses, he was that kind of guy. He showed me my first card move which was kind of a move on how to cheat at a game of Gin – and that got me interested in cards. And then I saw Doug Henning on TV doing one of his magic shows which was sarcastic and that really stuck with me. So I got interested in the cheating, the deception stuff and the magic at the same time. I also specifically remember watching The Sting when I was a kid and that had a big influence on me.

Out of the stuff you’ve done for the Real Hustle can you tell us what one or two of your favourites are or the best scams you’ve pulled?

I always enjoy poker and the casino type scams, or the big scams that we’ve done – some of the Big Store ones. We had a boxing scam last season which was a classic old scam, where we convinced somebody that they were betting on a rigged boxing match and then something terrible happened and they lost all their money and of course the whole thing was a fix; that’s an all time favourite. One of my favourite scams is a thing called the Razzle which is just a carnival game but even though it’s a carnival game you roll some marbles and I count the totals and tell you what you’ve won. I can literally take every penny in your pocket and send you back to the ATM for more money with that game so that’s one of my favourites. But you know what, it’s kind of like asking which one’s your favourite child; you don’t have a favourite. I love them all.

Have you ever had a con or a trick that’s gone horribly wrong?

Yeah, of course. The Real Hustle is a very difficult show, we have to look after the people that we’re conning, we have to take a lot of steps and sometimes they don’t turn up, sometimes they realise things too late. They do go wrong sometimes – not all the time, we’re very good at what we do – but there’s so many factors that we can’t control even though we try and control everything. Sometimes we’ve spent tonnes of money, we’ve been setting up entire country houses and then, you know what, the mark decides he doesn’t want to come because for whatever reason he thinks he’s coming for, he’s happy not to do it. You can’t say, “Well actually there’s a camera crew and a bunch of guys that want to take your money, could you just come”. So those are the biggest disasters because you lose the whole day. But most of the time we’re very careful, we’re very good at what we do, and we look after the people that we con so we don’t let them get too upset or anything.

If I was inclined to do so I could cheat you out of every penny you’ve got.

Do you ever use your deceptions in real life or is it only for TV and magic?

I use it every single day. I’m not dishonest, I don’t steal, I don’t keep stuff, but I’m always looking at stuff and pretty much everything I look at I think, “How could you beat that?” It doesn’t matter what it is – it could be a keypad to get into the bathroom at McDonalds – there’s always a way to beat it.

So if you had to give up magic tomorrow what career do you think you would be good in with your skills?

That’s a loaded question – the ideal criminal! You know what; I just don’t have what it takes to be a criminal. I’ve advised the police in the past, I’ve advised casinos. I think if I really wanted to I could probably be a decent, honest poker player, I just hope I can resist the temptation to be a really good dishonest poker player!

Would you be good enough to enter high level poker tournaments and cheat and not get caught?

If I was inclined to do so I could cheat you out of every penny you’ve got.

What about something like the World Series of Poker Championship? Would you be able to pull it at that kind of level or is the security just too high there?

There’s always a way to beat the game. The question is do the players know about it, do the security know about it and more importantly do they admit to it. There are many security systems that you just have to admit that there’s a flaw, and if you admit that there’s a flaw then you kind of know how to look out for it. Typical problems are when people pretend it’s an impregnable fortress that can’t be beaten. Whenever I do consult for people I always say, “Look, the problem isn’t the amount of time it takes for the security system to be beaten whether that’s a poker game or a computer system, the real problem is the amount of time it takes you to realise it’s been beaten”. That’s always the problem and in poker yeah you can beat the game; a high level game, a low level game. It doesn’t matter, there’s always a way of cheating it.

Are there people out there that have similar skills to yours who use them for criminal purposes?

Absolutely 100%. Every single day you look up Lexis Nexis you’ll find dozens of cons and scams that are coming out. Most of them are things we know about, a lot of them are little twists because cons grow and change with time and so they’re always being done. How many emails did you get today that were probably scams? So the way cons and scams have changed you used to find the mark and tail of the scam around the mark. Now what you do is you take your scam and throw it out to five million people and see who bites; it’s very different. But are there people out there? Yeah there’s tens of thousands of them. I know that the only reason that cons work is because the victim doesn’t know it’s a scam and all of this. It’s kind of a personal thing, but The Real Hustle and all the other stuff that I do is all about educating the public so that they can look at something and say, “you know what, I know this is a scam because I’ve seen it”.

To the best of your knowledge, have you ever been a victim of a scam?

Oh yeah, absolutely. When I was a kid I bought some jewellery from the guy on the street, it was an old pitch scam where he switches it all up. I played Three Card Monty when I was 19 because I knew how it was done. I lost my money; luckily I just didn’t have much money to lose! Like I tell everybody, if you think you can’t be conned you’re just the person they want to meet because everybody can be scammed. I know I could get scammed tomorrow. So I quite often stop in the middle of something and think, “Is this whole thing setup?” I’m even looking behind me now just in case…!

Is this something that you think an ‘ordinary’ person could learn or does it take years and years of experience, knowledge and practice?

Well you know, I consider myself to be a reasonably ordinary person! But yeah, I think anybody can learn it. You’re right, anybody can do this with just 25 years of practice! The thing I have that most people don’t appear to at these types of things – whether it’s magic sleight of hand or gambling sleight of hand or cheating or studying cheating – the thing that sets those people apart is that they enjoy research, they enjoy studying, they enjoy practicing. I enjoy all three; that’s what I do with my spare time. Last night while working I thought I’d practice with a deck of cards for about five hours and that’s about average for me. People say, “I can’t believe you practice for that long”, but that’s what I like to do and if you want to put that down for 30 years of your life then anything’s possible, whether it’s cheating or playing the guitar or anything. You just have to enjoy that process.

What can we expect from your show in the festival?

I’m designing a one-man show that’s going to tour the next twelve to eighteen months and kind of started last year’s festival, so it’s sort of the same thing. I’ll be doing some cons and scams on the audience, I’ll be demonstrating some classic hustles, showing how much can be done with a pack of cards, cheating, lies and really if it’s got anything about deception it will be in the show.

Artifice: The Art of Deception is showing at the Scottish Storytelling Centre on 2 July as part of MagicFest 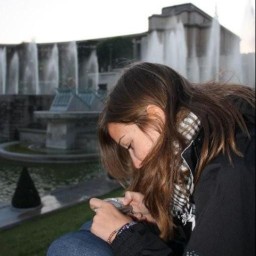 A loving homage to two titans of comedy