We speak to Highland Book Prize nominee Jim Miller ahead of his upcoming appearance at Ullapool Book Festival.

Caithness-born author Jim Miller is waiting for me at Velocity café in Inverness, clearly too polite to point out how fine I’m cutting it. The author of The Finest Road in the World has every reason to feel relaxed. His entertaining history of travel and transport in the highlands has drawn much love from readers and critics alike: “Leavened with vivid anecdotal detail that makes the journey a memorable one” enthuses The Scotsman.

He feels honoured to be appearing at this year’s Ullapool Book Festival, he begins: “I took part in the very first Ullapool Book Festival, 14 years ago. Of course it is an honour to be invited back and a relief that I’m still here!” He laughs. Does he remember what book he spoke about? “The Dambuilders I think. I shared the session with an author called Brian Wilson who’d written a book about canoeing”.

Considering the fact that Miller freely admits being a three-finger typist, he has a considerable number of books under his belt, many of them published by Scottish publisher Birlinn Books. “I write nearly all non-fiction now,” he says. “I started off writing fiction, drama, poetry – and all of them are published in some way, self-published as well as the traditional route. But I realised my forte lay in non-fiction. Let’s say my experiments in fiction less successful”. He laughs again. “It’s where my strengths lie. In terms of themes – I write about anything that arouses my enthusiasm, really. North of Highland history in the main”.

His current book, The Finest Road in the World, has just been shortlisted for the inaugural Highland Book Prize. Who would it appeal to? Miller thinks for a moment. “I hope it appeals to the general reader interested in the history of the Highlands, and in the development of transport. I’d love for it to be entertaining and informative at the same time. But writers write to please ourselves, not to a specific audience”.

Something almost every reviewer comments on in Miller’s work is his fondness of anecdotes which makes his non-fiction both accessible and readable. Does he think the human mind is hardwired for stories, rather than mere information?

“That’s a good question,” he concedes, taking another sip of his black coffee. “We want the information but we like it coming in the form of stories. I try to weave information into narrative. If I like an anecdote I put it in. You need to have a balance between anecdote and exposition”.

Staying on the subject of anecdotes, is there a specific one he could share, a humorous moment in his writing career perhaps? Miller does not miss a beat.

“Oh, yes. In February 2017 I was invited to join Engineering students in Strathclyde on a visit to Pitlochry dam. The Tutor encouraged his students to read books on the history of engineering, to give them a more rounded perspective. We all gathered in the visitor centre. Various people spoke, including me, and then the event opened to questions. A student put up his hand and said: ‘I like this story…’ and proceeded to tell an entertaining anecdote”. ‘Ah! Wish I’d known that one!’ I answered. The student hesitated. ‘Erm, I actually read it in your book!’”

He bursts into spontaneous laughter again.

It strikes me as odd that a zoologist and marine biologist who has studied, lived, and worked in Barbados, the Philippines, Montreal, and Afghanistan, among others, has ended up writing non-fiction about history and politics, and about the North of Scotland.

“Writing was a hobby all the time. I was sending articles out and getting rejected, the usual. But I wrote some articles on Caithness and compiled them into a book. In 1979, I managed to place it with a publisher in London by luck. It’s long out of print now. But I decided to come back to the North of Scotland. Things were happening, I felt was missing out. That’s what started me as a self-employed writer. But I wasn’t so interested in nature writing or writing about biology. To be honest, I found a lot of nature writing boring.”

Our conversation turns to The Finest Road in the World and the longevity of his relationship with publishers Birlinn. Is it important to him to have a Scottish publisher?

“I like to say: I feel a publisher who knows Scotland will understand better what I’m writing,” he answers. He smiles.

Ullapool Book Festival is mere weeks away, and he has just found out that, along with three other authors, he has been shortlisted for the inaugural Highland Book Prize. What was his initial response when he heard the news?

“I’m obviously honoured to be on the shortlist, very pleased indeed. Large numbers of books are published in Scotland every year now, and the prize covers all genres.”

When asked why anyone should travel to Ullapool to attend, he answers broadly: “In general terms, the more book festivals the better. John O’Groats has a new one this month, for example. Joan Michael of Ullapool Book Festival has done a fantastic job and the festival does bring people to Ullapool. It’s an excellent setting, a chance for readers to meet writers, and also for writers to meet and talk to each other.”

Sounds like a handful of good reasons to me! 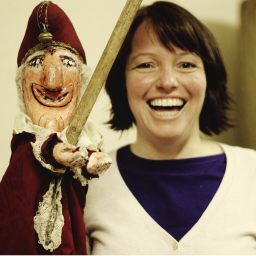 One thought on “Jim Miller”