In Nazi-occupied France, Joseph only has a single marble and his older brother to help him look ahead.

A Bag of Marbles (Un Sac De Billes) is based on the best-selling autobiographical novel by Joseph Joffo, but here we aren’t treated to the bleak battlefield often shown with such subject matter. Instead, by following the journey of inseparable brothers Joseph and Maurice, we see 1940s France through the innocent eyes of a child.

After swapping his Jewish star for a bag of marbles, 10-year-old Joseph must flee Nazi-occupied France and reach the Zone Libre. With a little bit of luck and a brother who would carry him to the end of the world, he learns what it means to be human.

Featuring incredible performances from Dorian Le Clech and Batyste Fleurial, you instantly care for these young boys who lose everything: their family, culture and childhood, with only a single marble as a memory. There are surprisingly charming moments along the way as the two brothers remain innocent in a world of evil. Proud of their heritage, they want to shout for everyone to hear, but it could easily get them into trouble and the youngest becomes worried about small but important details, such as how to hide his “wang”.

The other family members become minor characters – the mother and father clearly made a difficult choice to separate from their children, but we do not see their side of the story. Parts of the film are clichéd and although you know what’s going to happen next, the rhythmic build-up of tension is contrasted with the blissful moments of peace, and both are perfectly brought together by Armand Amar’s score. Along the way, the boys meet anti-Semitic Hitler sympathisers who believe Britain is the real enemy, but with a little bit of luck there are those that will help the boys.

This is a heart-breaking reminder of a dark chapter in life. Everyone’s scared; you can see it in their eyes, but they have a duty to protect and care for others. We all need a lesson on how to have a pure soul, filled with love, joy and innocence. This film really resonates because it’s much more than a historical film. While this chapter may be re-written, the re-telling of this story fills your heart with a little bit of hope amongst the sorrow. 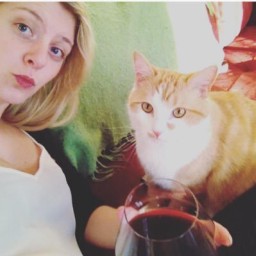