There are few stories as universally loved as A Christmas Carol, and the Dundee Rep Ensemble have more than done justice to this classic tale. The cast and crew breathe new life into the show with a blend of beautiful music, innovative staging and boundless talent.

Opening with a haunting carol, the cast walk down the theatre steps around the seating, immediately immersing the audience in the Victorian world. Lanterns are hung around the theatre and the live trumpet, accordion and flute creates a classical atmosphere. Complex harmonies are sung as the cast make their way on stage and the flurry of music continues.

The whole cast work together seamlessly to create a performance that is both heart-warming and intense, with the rousing folk version of carols and the smooth switching between both characters and instruments. The Cratchit Christmas Dinner truly captures this as both children and adult actors offer an endearing and well developed portrayal of family life. Another equally impressive scene is the closing number, with the acting and musical skills of the whole cast making even the most well-known and traditional carols take on a new, exciting life. Particular attention should be drawn to Lewis Howden and Ewan Donald who are particularly passionate and deliver stunning performances in their various roles.

Ann Louise Ross offers a solid performance as a female Ebenezer Scrooge, with the change of gender not impacting the plot above a few switches of pronouns. Even though some of her curmudgeonly dialogue seems slightly stilted and unbelievable, Ross balances the humour and darkness of the character well. However, as the reformed Scrooge she is dynamic, exciting and exhilarating, truly shining and making the character her own.

The staging is interesting and innovative, with the Ghost of Christmas Future manifested as ragged cloth and glowing red eyes, preventing the drama from veering into the humorous and offering a fascinating portrayal of such a well known character. The use of lighting in these scenes is also extremely effective, with the strobing red lit windows creating an apocalyptic sense of dread while remaining tasteful and not detracting from the actors on stage.

There are a few falters, notably with the music sometimes drowning out dialogue  and some minor flaws in the choreography creating a somewhat jarring break from the flow of the show, but the passion and talent of the cast mean these are quickly forgotten and their energy and commitment is palpable, helping to dismiss these issues as minor teething problems.

Overall A Christmas Carol is a triumph, a heart warming production that offers just enough audience interaction and sparkle to create a festive mood while also offering stunning performances and a truly inventive and enjoyable retelling of a classic. 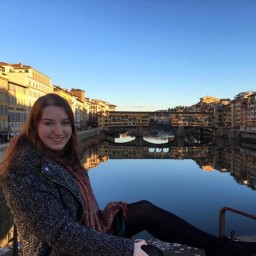