Would you like to know what happens to a girl when you take her out of London and put her in a cold-hearted, post-Soviet Moscow? Abi Roberts has all the answers to that.

A big eyed, blonde-haired lady welcomes you into the venue wearing a Russian “ushanka” hat, which even for the Scottish weather is a bit extreme. But don’t be fooled by the lovely looks of Abi. She marches into the room like thunder, turning everybody’s heads. The minute she is on the stage, you know you will remember the stories she has for a long time. Anglichanka is what Abi is known as in Russia, meaning an English girl. At the age of 19, she swapped her comfortable student life in Swansea for the life of an opera student in gloomy and unpredictable Moscow, where she lived with a “crazy” host family and a dog in the suburbs. And that is what her story is all about.

It is not just a comedy show comparing the West to the East. It is Abi’s life story in an unknown exotic country 25 years ago and her experiences as an anglichanka who was suddenly thrown into the vortex of a weird country that had just risen from communism.

Abi is full of energy as she remembers the time she had a one night stand with a Russian soldier in Moscow’s Gorky Park. But her journey was not about seeing the Red Square and the Kremlin. She was a student at the world’s most famous conservatory, where she had joined the underground by befriending gays, had a world-famous opera singer’s foot on her chest as part of her teaching, decided that it’s a great idea to sing in fishnets and corset in front of Communist party leaders and as a good westerner, she then ditched the Russians in the end.

Not only does she put her experiences through the prism of comedy, but Abi also teaches you a thing or two about the Russians. As dangerous as they are known to be, she discloses the true image of a Russian family in a small communal flat.

The stereotypes Abi mentions are not Russians drinking vodka, although she examines some linguistic sides of this word as well. The stereotypes are in fact unknown in the West, such as living on the 18th floor of the building where the lift does not work. It is something that only a true Russian will understand.

Abi is not a comedian who performs and leaves. She will make you laugh and sing and shout in different languages. Her interaction with the audience creates a bond. After all, it’s her teenage years that she puts on the table to laugh at. 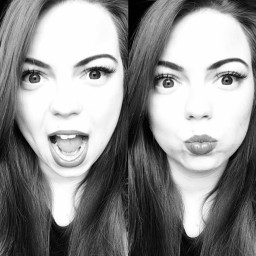