Around two minutes into this show, MC Nik Coppin explains that the comedians you are about to see will be performing stand up on the topic of sex, and not actually shagging on stage. Obviously, we were outraged. However, once we got over this initial disappointment, we were treated to an hour of solid comedy.

As is pointed out early on, the sort of material on display here is usually confined to late night slots with a generally more inebriated audience. As far as we’re concerned though, it’s never too early for some good jokes about fisting, and there are certainly some here! It warmed our filthy little hearts to see that we were far from the only ones to have this mindset, as the Espionage Bunker was full to bursting, with standing room only due to the number of like-minded perverts looking for a spot of afternoon delight. This does give the room a bit of a sauna like quality but, if you’re anything like us, you don’t mind getting hot and sweaty with a bunch of strangers for the sake of good comedy. Or for any other reason for that matter.

There are four comedians on the bill, plus the MC, so a varied selection of filth is on display, not dissimilar to our internet search history. The headliner on this show was Jinx Yeo, whose bit on the racist undertones of various fetishes left us in stitches and then feeling ashamed of ourselves. Again. He singled himself out as an act to watch for in future, and we don’t mean by peeping through his letterbox. (Although we probably will do that too.)

This show is a good sampler of the variety of stand-up styles that are on offer at the festival and, whilst the line-up of the show changes from day to day, the diverse guest list that we saw make it clear that they are curating their acts with consideration.

Ultimately (and despite the disappointingly misleading title…) the show is a good toe dip for the start of your Fringe experience and a great way to see some acts that, otherwise, might have passed you by. If you like your jokes dirty, this is the mid afternoon slot that you need (not a euphemism). 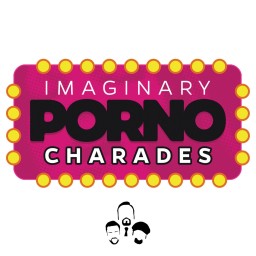