This is all about the drums. Swamp-draining drums. The tuned remarks of the sometimes seven-piece, […]

This is all about the drums. Swamp-draining drums. The tuned remarks of the sometimes seven-piece, mostly five-piece Foals sounding out across the distillation of Hoxton youths. And the drums are where it’s at – the singer envelopes his voice to resemble a drum, the songs are put together with jigsaw-piece snap. The finale, “Electric Blue”, tells you everything you need to know about this band; Yannis Phiippakis, front-man, took up drum-sticks and, full frontal to the audience, looked for the first time unlike the wirey 2-dimensional cartoon and for all the world a Hercules.

Dressed like recent raiders of the bargain bins at Uniqlo and H&M, the Black Kids mooched onto the stage. Their freshly achieved #2 in the iTunes UK album chart had just been announced. Overcoming the “elephant in the middle of the room”, as Reggie Youngblood has the humility to describe their support’s performance, turns out a non-issue. Reggie, the Black Kids’ guitarist and most prominent singer, is the stand-out talent, although his sister Ali, with all the eyes and the smiling, carries the stage presence. The sound is the very model of the genre – clean and raw guitar crunch and the Synth; vocally, the Black Kids join a fine tradition of shouty girl bands, their style much akin to the energetic chop-rap of the Go! Team.

Singles “Hurricane Jane” and “I’m Not Gonna Teach Your Boyfriend How to Dance With You” went down very well, although after all the build-up, the latter was a little messy and disappointing. But that’s ok. The Black Kids are pretty smashing, but I feel that it’s all a bit like “Reggie & The Black Kids” at the moment – still, “Partie Traumatic” is still at #2, so if it ain’t broke, why fix it? 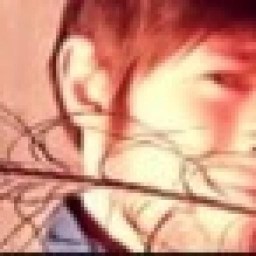 One thought on “Black Kids & Foals”