This production of the insanely popular musical certainly looks and sounds the part: it’s the tragic tale of two twin brothers who are separated at birth in 1960s Liverpool. Whilst becoming friends as youngsters, despite the class differences, they meet a tragic end as adults. There’s a fantastic role for the actress who manages to get her hands on the part of the birth mother; Spice Girl Mel C astounded everyone a few years back by bagging an Olivier nomination for the said role. In this production, Lyn Paul is the woman torn by having to give one of her boys away. Paul is perhaps a bit older than might be expected, but her vocal talents and dedication to the role make her performance the highlight of the show, and will certainly cause many a tear amongst the audience.

There is a standing ovation by an overwhelming majority of the auditorium when the show comes to end, which, by all regards, is a bit of a surprise; this production, whilst no doubt faithful to Willy Russell‘s original, seems terribly twee and dated. The ‘80s style music throughout is so overwhelmingly brash, it causes the story to become more ridiculous as events play out. Whilst the power ballads are often performed with gusto, the underlying musical score often sounds like a reject for a cheesy ‘80s horror movie. There is a lack of subtlety to proceedings that makes the entire story become farcical. So many dramatic glances are thrown around the stage that you could almost make a drinking game out of it. The whole production begins to feel like an episode of Eastenders circa 1988. The performances are fine but whilst Sean Jones has fun as the younger Mickey, when his character goes on a downfall in later life he seems to be channelling a bad Tom Hardy impression that is not reminiscent of anything he had done with the character beforehand.

There’s a nostalgia factor here, not just in the accurate recreation of an era, but in that this production feels like it would have been performed exactly the same way thirty years ago. To this end, this production will please its fans but will struggle to entertain any newcomers. 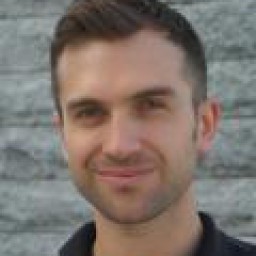