It becomes apparent that a recurring theme of tonight’s readings is exploring the desire to escape the constraints of coastal villages and head towards the delights of the big “toon” only to discover that the magnetic pull of where they began life is far greater than any of their childhood selves imagined.

First up is Neil Cargill, writer and director of online radio drama, whose piece The Tattoo, The Photo and The Floating World is delivered in a soft, understated manner, which somehow magnifies the sharp, poetic precision of his writing. He transports us to a local tattoo parlour, where he considers a number of maritime images which might reflect his sense of place.

Next, playwright, actress and musician, Morna Young, sits bolt upright as she begins her moving reading of She of the Sea. Raw and honest, she recounts how her dad was tragically lost at sea when Young was only five years old, and how, as a child, she made up stories where her dad was always the hero, believing he’d eventually return home.

Poet, playwright and short story writer, Shane Strachan, sits with leg outstretched, sporting a periwinkle-blue knee support. Quite appropriate, as his piece is entitled, Dislocated. His witty delivery begins in English, slipping into Doric when recounting disturbing goings-on in Peterhead and the Broch. There’s poignancy beneath Strachan’s humour, which he writes so well.

Last in the spotlight is actress and playwright, Lesley Hart, whose humorous, nostalgic piece, Safekeeping, sweeps us back to 1983 and a childhood spent in Stonehaven. Hart’s animated style is in perfect keeping with her entertaining confession of trying to break in to a friend’s house, using her dad’s penknife, aged four, and of repeatedly choosing the movie Annie from the local Videoshack.

At just over an hour long, the audience is left wanting more. George from Paines Plough returns, explaining that these, along with all other Come To Where I’m From performances, are available via the Apple store. (They will soon be available on Android too). Good news for fans of the Paines Plough project. #CTWIF 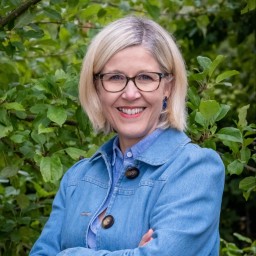 2 thoughts on “Come To Where I’m From: Aberdeen”