Darius Davies wanted to be a WWF superstar when he was eighteen and if proof were needed he preps the throng with whoops and hollers creating a boisterous atmosphere which momentarily befuddles some patrons who leave having presumably expected a straight comedy set.  The presentation which is raucous and authentic immerses the room in iconic wrestling imagery and expresses a true affection and understanding of the entertainment (as it is preferred to be known).

Using flat screens at every angle of the viewing area Davies bewitches the audience with a short deconstruction of the “wrestling is fake” argument thusly: the punches may be fake but the physicality is undeniably brutal and bruising.  Much like the wrestlers Davies admires (he provides short summaries of each) this show requires excellent timing and synchronisation relying on split second replays of wrestling moves and of home movies that evoke the wrestling spirit of the teenage Davies.

He revisits some classic moments of WWF and ridicules the choreography with “how can anyone think this real?” not forgetting to lampoon the more intimate physicality with the observation that “using a firework in an opponents bottom to win the fight” is a justifiable strategy and not remotely homo-erotic.

A real highlight is the original audition video he sent to WWF as part of its Tough Enough audition series for raw talent. It depicts a spare room and a young man stumbling through an ill-conceived series of tough guy tropes whilst bizarrely talking about the wrestlers he admires and love for Trish Stratus. Davies’ preparation allows him to rinse all the potential laughter out of such moments and keep the audience onside for a slightly downbeat ending in which x-rays are used to illustrate the extent of the injury that ended Davies wrestling career. Wrestling’s loss is comedy’s gain. 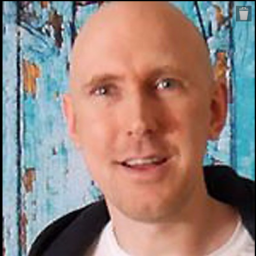