Eska Mtungwazi‘s music evades categorisation. Is it soul, electronica, jazz or folk? Frankly the audience at the Barn isn’t too hung up on labels. They are willing to be taken on a journey through Eska’s world. Although at times it’s clear that she is used to an audience who are more knowledgable of her material, that doesn’t stop her performing a show of outstanding quality. Her professionalism simply shines through between her giggles and dynamic movement – be careful not to get in the way of her dreadlocks during a performance.

Critically acclaimed for many years, Eska received a Mercury Music Prize nomination on the release of her debut album, ESKA, in 2015. Enjoying the album just doesn’t prepare you for the sheer power and range of her voice. Catching a live gig is essential to fully appreciate all the musical influences involved. Eska is supported by some fantastic musicians who excel at their art, but despite some warmly received solos it is clear who the main attraction is. For seventy minutes the audience is being treated to such a mix of genres that if a song isn’t for you, only a five minute wait brings an alternate style. Anyone willing to go with this apparently random flow is going to enjoy the night.

This gig, part of SOURCE Festival, is an intimate musical experience, a feature of most Woodend Barn performances. That more people don’t make the half-hour journey from Aberdeen is what’s surprising. If Eska played in the city much of this intimacy would be lost. But it’s Aberdeen’s loss and Banchory’s gain to be able to provide a venue where new music and artists can flourish.

Catch the tour if you get a chance. Please do not rely on YouTube clips or even the album before deciding. You are in for a far more intense experience than either can even hint at. 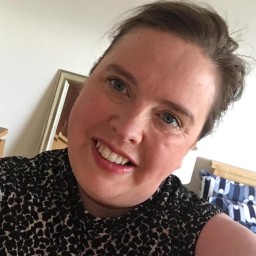