Local supergroup takes time to find its feet, but ultimately a great evening of music.

Easy Tigers are a collective of talented musicians from well known contemporary acts including Dean Owens and The Whiskey Hearts and Broken Records. This ragtag band of talent comes together on a night which, lead singer Craig Ross freely admits, is to indulge their passion for all things Adams.

With guest appearances from Dean Owens, Kirsten Adamson, and Broken Records’ Jamie Sutherland there is always a wealth of talent on the stage at any one time, but talented individuals aren’t exactly why the crowd is there. They need their Ryan Adams fix.

Sadly, the passion that is so obvious in the band struggles to transfer to the audience who are seated in Queen’s Hall as though waiting for a bad TED talk, instantly killing the Americana feel. It really stifles the mood to begin with and gives Ross and the rest of Tigers an uphill battle to bring a spark of life to the proceedings.

As the band plays on though, this turns out to be a minor issue. Ross does a fine job of paying homage to his muse without becoming a clichéd mimic. The band gel together perfectly, backed sporadically by a beautiful string section and bursts of harmonica from Al Shields. Together they bring each song to life.

Having said that, the set list may need tweaking; a selection of slower numbers to start needs a bit more of a mix leading to the break. The second half kicks in with more upbeat numbers, though, and personal favourites like Cold Roses and New York, New York really give the audience the energy it needs to get to its feet. Oh My Sweet Carolina really stands out as a high point, but song after song is played to perfection by all, leaving the die-hard fan satisfied and the complete newbie enjoying a great evening of music. 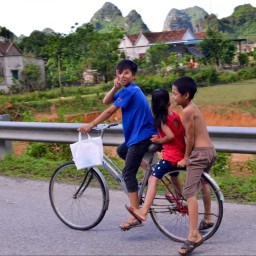 One thought on “An Evening of Ryan Adams with Easy Tigers”