New York quartet showcase a triumph in style and simplicity.

Following on from their 2017 tour, American indie pop group Frankie Cosmos present Vessel, their debut album on  Sub Pop. With eighteen tracks on offer, the apparent brevity of the album may surprise some listeners. Fear not, however, as Vessel is an exercise, and a successful one at that, in quality over quantity.

On opening track Caramelize, Frankie Cosmos herself (frontwoman Greta Kline shares her stage name with the band) draws the listener into the album gently. Her vocals rise and fall in an almost lullaby-like fashion, gradually building up to a crescendo on guitar. Accompanying drums by Luke Pyenson give a steady backbone to the track, and indeed to Vessel as a whole.

Vocally, the first half of the album carries an almost wistful tone. The layering of Kline’s unique voice with the harmonies of keyboardist Lauren Martin gives great emphasis to the sense of deep introspection on fourth track This Stuff, which begs the question of when sharing of thoughts and emotions spills into oversharing.

For the second half of Vessel, there’s a sharper vocal clarity, complimented by prominent piano notes. This shakes off the sleepier vibe of the first ten songs, and includes what are effectively the musical equivalent of haikus, with Ur Up and My Phone lasting just over 30 seconds each. These tracks are small, but they are mighty, packing volumes of lyrical expression and emphatic bass notes into such a limited musical space. More impressively, 32-second track My Phone manages to poke playfully at the influence of smartphones in the dynamic of modern day relationships.

Overall, the stand-out track of the whole album has to be Cafeteria. This is a track that perfectly encapsulates the anxiety of the teenage mind. The lines “I wonder what makes me so wrong” and “never felt like The One” make this at once a melancholy reminder and a comfort to anyone who’s ever struggled to fit in at high school.

With each track blending seamlessly into the next throughout, delivering lyrical simplicity and emotional complexity in one harmonious package, Vessel is the ideal soundtrack to a sunny afternoon drive or a lazy Sunday lost in your own thoughts. 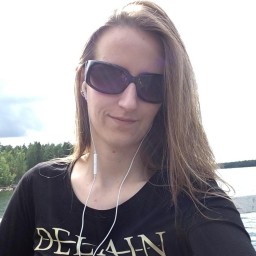