Cora Bissett and David Greig’s original musical about the Glasgow Girls is a dynamic, thoughtful and fulfilling experience.

There are moments in theatre when you feel part of something legitimately new. It’s been hard to encounter this with the National Theatre of Scotland lately, as the company occupies a post-Black Watch landscape of overproduction and self-significance. But Cora Bissett and David Greig’s original musical about the Glasgow Girls, and the wider issue of immigration itself, is a dynamic, thoughtful and fulfilling experience.

It’s interesting that Bissett has decided to present the story in musical form after watching Lindsay Hill’s documentary series, Tales from the Edge. It’s true that what strikes you most about the film is the buoyancy of the girls and their mission, battling against endless setbacks and a political system which, as David Grieg describes, ‘grinds people up’ and ‘flattens out differences’. Glasgow Girls is a bold realisation of such concepts: big, confident and promising.

There is a trademark level of production value, with a towering stairwell backdrop alongside small box-like tenement flats. The lighting and sound designs are loud and spectacular, adding to the drama artificially generated in so many other NTS shows. But here, they complement the quality of the performances, of which the standouts are given by Myra McFadyen and Dawn Sievewright. It’s wholly immersive, travelling from the original forming of the group, up to their Scottish Campaign of the Year Award in 2005 and on to present day.

The production does suffer from its own enthusiasm, at times swollen with mawkish, awkwardly romantic sentiments about the virtue of campaigning and protest (we’re all ‘Glasgow Girls’). The delivery of these views even borders on panto, depicting the Home Office as the villain and the crusading women as knights in shining armour. The more valuable ideas come from the championing of mobilisation and unionisation; the Glasgow Girls embodied a spirit of togetherness at a time when asylum-seeking and immigration were sore issues, embroiled in a state of defensive nationalism which, if anything, has been reinforced by today’s tumbling economic condition.

Far more interesting however, and resonant with a Scottish public engaged in heated political discourse surrounding independence, is the portrayal of Glasgow. It’s seen as a haven for asylum-seekers, situated in a country which isn’t in the midst of war or mass poverty (the definitions of which are admittedly contentious). In this sense, the vibrancy at the heart of Bissett’s musical is reflective of a certain joyousness that comes from being Scottish. How this identity is translated and adopted by refugees in Scotland is something which emerges from Glasgow Girls. You could argue that the discussion around cross-cultural representation is partially blinkered given that the musical is written and directed by two Scots, but it affirms that national pride, prestige and diversity evolve from a conversation about identity which includes all residents.

Forgiving overtheatrical elements of this show is worthwhile. Bissett and Greig have engendered a fiercely relevant outlook on the consequences of displacement. Telling the story through the eyes of families from different backgrounds and circumstances produces a deeply cathartic event, celebrating the success of anti-deportation solidarity and canvassing a show filled with hope, optimism and constructive analysis. What’s more, songs from Soom T and Patricia Panther are fresh, catchy and have been integrated with immaculate attention to detail (though the performances of them are sometimes too showy). The lasting thought, however, is that Bissett and Greig have authored something genuinely progressive, which censures ignorant and outdated views about asylum-seeking in the UK. Our perception of an international community caught up in globalisation is often crowded out by our own jingoism; the writer and director of Glasgow Girls have hit on something involving and immediate. And it is this reaction that ultimately feels most rewarding. 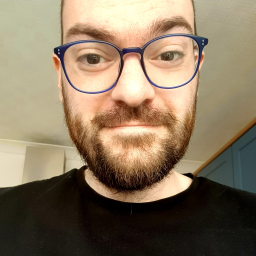 Influential movie about love, work and finding yourself anticipates the mumblecore movement