Performing a show based on the music of Jimi Hendrix is a demanding challenge, but Aki Remally provides a remarkable interpretation, recreating the original boundless atmospheric sound of the magnificent guitar player.

In the main room of the Merchants’ Hall, he plays the most famous Hendrix compositions in an intense show that lasts for about two hours. When he starts playing a solo electric guitar version of Angel, it is clear that his voice and guitar will make everybody in the venue feel Hendrix’s sound.

Then the other members of the band come onto the stage, continuing with Hey Joe, where the guitar resonates magnificently, alternating between chords, arpeggios and the guitar solo that characterises the song. He plays through all the main classics, including Foxy Lady, Purple Haze, Red House and a great interpretation of Little Wing, enriched by a superb guitar solo. With virtuosity, he recreates the playing and the complex mixture of effects that are required in Star Spangled Banner.

His voice has a delicate, but at the same time strong, soulful character, which reflects the peculiar manner of Hendrix’s singing. The dynamic of Hendrix’s music is respected by his guitar and the rhythm section.

Aki Remally presents this one-off show at the Fringe after a successful experience at The 27 Club in Germany. He is a guitarist and a singer, regularly present at the Jazz Bar in Edinburgh. As he said, he ‘considers it a great pleasure to perform the music of one of his biggest influences’.

He also plays in the band James Brown is Annie, whose first album in 2015 was produced by Average White Band’s Molly Duncan. They have appeared on Scottish Television, and performed at BBC Radio Scotland. 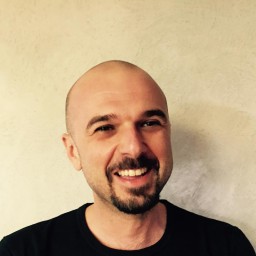