A well-intentioned but lacklustre ode to female punk legends.

Directed by William E. Badgley, (Kill All Redneck Pricks: A Documentary Film about a Band Called KARP) Here to Be Heard: The Story of The Slits tells the story of Britain’s first all-girl punk band The Slits. Emerging on the British punk scene in 1976, The Slits are regarded as one of the most influential bands of their era, inspiring the Riot Grrrl genre and bands such as Sleater Kinney and Savages.

Thrown out of her band The Flowers of Romance by fellow band member Sid Vicious (after speaking out against his racist, bigoted views), drummer Paloma Romero (also known as Palmolive) decided that it would be best to start an all-female group. Taking guitarist Viv Albertine along with her, they joined up with bassist Tessa Pollitt and young German singer Ariane Daniela Forster (known as Ari Up). Refusing to dress or act the way they were expected to by male standards, the band received much disgust and misogynistic abuse, with singer Ari even being cut with a knife on stage.

The film starts out promisingly, with interviews from key members Albertine, Romero and Pollitt – whose old scrapbook of press clipping forms the basis of their chaotic beginnings – but as the story progresses it becomes too muddled and lacks cohesion.

Very little information is actually given, with just brief mentions regarding the lives of the band members (such as Pollitt’s addiction to heroin), and while the film serves as an homage to Ari Up who passed away in 2010 from cancer, her mother Nora Foster and stepfather John Lydon make no appearance at all.

While well-intentioned and made with genuine affection, Badgley has made a documentary lacking in clear focus which feels more like a montage of old footage that does not do the band’s reputation justice. 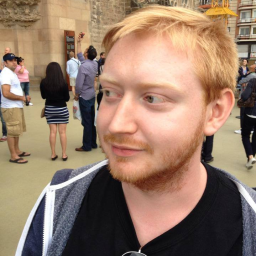