A powerful portrayal of the often unheard stories of honour-based violence and domestic abuse that take can place in Scottish Asian marriages.

Written and produced by Mariem Omari, If I Had A Girl… is a powerful portrayal of the often unheard stories of honour-based violence and domestic abuse that take can place in Scottish Asian marriages. Put together for Amina, the Muslim Women’s Resource Centre in Glasgow, it takes verbatim stories from real victims and perpetrators and weaves them together into a compelling drama.

Five performers (Shabana Bakhsh, Louise Haggerty, Rehanna MacDonald, Storm Skyler McClure and Manjot Sumal) welcome the audience to a Scottish Pakistani wedding, complete with samosas, gulab jamun and a Dhol drummer. As the audience take their seats in the intimate Circle Studio at the Citizen’s Theatre, the atmosphere begins joyfully. There’s dancing, the bride is ushered in; but things soon turn sinister as the stories unfold. The narrators take you through a series of tales from first engagement to marriage, to having children and the suffering that can come from these arrangements. The main message given to the girls: you must make a successful marriage or you will shame your family.

It’s a topic most people will be vaguely aware of, as the most extreme cases are reported in the media from time to time. We’ve all heard of ‘honour killings‘. However, If I Had A Girl… reminds us not to forget about these issues and relegate them to shock stories on the news. The depth of the tales portrayed on stage give us a three-dimensional perspective: we see how each woman felt and what motivated her to react in the way she did. Importantly, the voices of the men are represented too. They are given the chance to reflect on what led them to commit the abuse they acted on their wives.

If I Had A Girl… gives us a window into what happens when two people are put into a situation they didn’t necessarily choose; the ideas of the responsibility they feel the other has towards them, their resentment as these aren’t fulfilled, and how they act out. We see how unpleasant it is for a woman to be touched by a man she doesn’t want, and how frustrated the man is to have his advances refused in a setting in which he believes it’s his due. We understand the helplessness the woman feels when she isn’t supported by her female relatives, who also had to go through the same thing.

The play is an important exploration of the powerlessness of women in these situations; simple in its structure, but effective. It’s often shocking, especially when you remember that it’s a verbatim text and these are the narrations of people who have experienced these things. It is a show that aims to disturb, but offers hope at the end. Of course it’s not a totally despairing circumstance because there are women’s organisations like Amina which help families in these situations. A thought-provoking production. 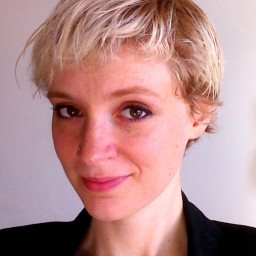