Being able to improvise lines, monologues, and an entire play in Shakespearean-style English is a rare and impressive skill – and one possessed by the talented cast members of Impromptu Shakespeare. Performed in the suitably Renaissance-looking The Fancy Room at The Caves, Impromptu Shakespeare provide a Tudor atmosphere from the start, greeting audience members as they enter in Shakespearean English, and playing some Elizabethan sounding music.

As an improvised show, the actual story is, of course, different every time, decided by several randomising measures involving ping pong balls with different words written on them. The words from the five or six chosen balls are copied onto a blackboard, so there is no need to memorise them. The words are various Shakespearean story elements, such as shipwrecks and betrayal, or era-appropriate objects or concepts like books and purity – or, on this occasion, a pig’s bladder.

The plot was a very simple one. Sicily is suffering from wet weather more befitting Edinburgh, and Duke Francisco is melancholy despite his fool Barnabas’ best efforts. The Duke’s young cousins Lizzie and Brabantio, deciding that Brabantio is the rightful duke, plot to kill Francisco by making a hole in his ship. All of them are caught in the ensuing shipwreck, believe each other dead, and find themselves alone on an island – where Francisco’s long lost sister, the pig-bladder-wielding Djuna lives (how useful hereditary scars are to allow for such discoveries!). Everyone is reunited, hit on the head with the pig’s bladder, and Francisco regains his mirth. It’s hardly less plausible than many of Shakespeare’s comedies.

There are some great jokes in there, made all the funnier by the Shakespearean lingo, including a monologue about bladders, and some clever puns on the modern versus Tudor-era uses of words. It is also funny seeing people put on the spot to provide explanations. What they come up with may not make sense, but that’s not the point – the amusement comes from watching them squirm. Refreshingly, the casting decisions are truly gender-blind; simply enough, the performers wearing skirts are playing female characters, those who are not are playing men.

Impromptu Shakespeare are worth a look for their impressive command of the bard’s language and excellent comedy value, though Shakespeare fans will also appreciate the incorporation of many Shakespearean tropes. 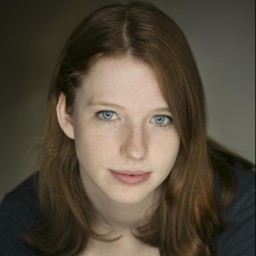