Todd Phillips captures lightning in a bottle with Joker

Since the release of Joker, the world has been split right down the middle on their feelings towards the movie. Critics have hailed it as a masterpiece, awarding it five stars out of five, while others gave it as low as one star and regarded it as trash. Fans were just as split, with some paranoid parents claiming online that it would inspire violence. Even those who loved it spoke of their empathy towards the Joker in hushed tones. Currently sitting just shy of one billion at the box office, one can’t help but wonder why?

With the film being an origin story, it is clear from the get-go the viewer will not see the Joker as he appears in films such as The Dark Knight or Batman, but instead the man who would become the Joker. Arthur Fleck.

Todd Phillips uses the film as a character study. It’s a dive into the psyche of a psychopath, as well as a journey into evil. That is exactly what the film portrays best: the journey. Todd Phillips and Scott Silver use up all of the 122 minutes of runtime to keep Fleck just human enough until the film’s final moments. His search for a father figure in Thomas Wayne (Brett Cullen) and Murray Franklin (Robert De Niro), his desire to entertain children in Bruce Wayne (Dante Pereira-Olson) and the kids at the children’s hospital, his lust for the girl down the hall (Zazie Beetz), his love for his mother (Frances Conroy), as well as his severe mental health problems, all craft an empathetic and relatable character. Even as the film continues and Fleck commits more heinous crimes, the audience still feel for him. It is in the film’s final minutes that the character loses all human traits and becomes the epitome of evil. This is what causes audiences to be split. Whereas a character like Patrick Bateman is well loved, there are no likable aspects to the man himself; Fleck, on the other hand, gets the audience to feel for him, then at the last minute betrays their trust. Audiences simply can’t handle admitting to having felt for a killer.

Phillips’ manipulation of the audience’s feelings towards the characters shows great maturity in the director, as well as great skill and understanding of his craft, taking his ace card in the form of Joaquin Phoenix and complementing his – no doubt Oscar-worthy – performance with great style in the Scorsese-inspired 80s Gotham.

Joker proves to be a great maturing for Todd Phillips, who had previously been known for low-brow comedy films, and features a once-in-a-lifetime performance from Joaquin Phoenix that will no doubt go down in infamy. It’s a groundbreaking comic book movie that should change comic book movies for years to come – but whether it will do remains to be seen. 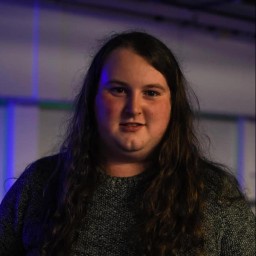