Jonny Muir explores the motivations, triumphs, and anguishes of choosing a running life.

The fourth and latest book by Jonny Muir, The Mountains Are Calling, follows the tales of heroic successes and failures in the likes of a Greek epic as runners face seemingly impossible odds. As Muir states at one point “failure is intrinsically more interesting than success.”

In one memorable line, Muir writes “running is prose. But hill running? This is poetry.” Muir creates his own poetry through captivating descriptions that guide you through immersive glens as he chronicles the long endurance feats of ultra-marathon runners. In this, he proves that some of the best runners are not trained, but willed on by an unhindered spirit.

The book begins autobiographically as Muir recounts the first time the hills called to him. When he was a nine-year-old boy the glowing silhouette of a runner at sunset high on the Malvern Hills entranced him. This revelation led him down a path he would only ever briefly walk away from. Hill running is difficult and should not be overly romanticised and Muir of all people understands this. He balances the good and the bad of hill running well – always questioning other runners on just why exactly they put themselves under duress. Is it for the view? The personal accomplishment? What makes them tick? The different thoughts from some of the United Kingdom’s greatest runners show that there are many reasons one might choose a life in the hills.

The hills seem to hold some supernatural effect over Muir, as they help him discover further insights into his own being. Their magical effect, an elixir, that slowly seeps out of the vial the farther he pushes himself into the wilderness. Overall, this book is enlightening, captivating and well worth a read.

This book is a great choice for any avid runner or nature lover in search of a collection of good tales or simply in need of some motivation. Jonny Muir is an English teacher and has published three other books including Heights of Madness, The UK’s County Tops, and Isles at the Edge of the Sea. 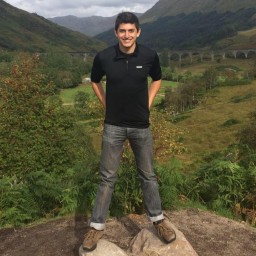 Kayaking adventures in the Scottish Isles

A snapshot of life and times in big tech