The Loud Poets are quite possibly the most reliably entertaining spoken word show at the Fringe. Which is not to say that others aren’t as good, just that when you roll up to a Loud Poets event, you can rest assured that you’re in for something of quality.

The success of this group is three-fold: strong poems with energy and significance written into them; honed and confident performance styles; and a perfectly complementary musical accompaniment from the extremely talented band. This year, the Loud Poets have incorporated a moving ballet sequence from Katie Ailes into their set, as well as a Dungeons and Dragons themed poem, the ending of which is decided by the rolling of a die. But at its core, the show is still about the honest, passionate, funny and, yes, loud poetry that they built it on.

Given the narrative quality of many of the poems performed, the lovely Storytelling Centre on the Royal Mile is a natural fit for the group and enables them to put on the kind of slick (but not showy) production we’ve come to expect of them. The sparing and effective use of video is beneficial to the show rather than distracting and, as mentioned already, the excellent band adds a great deal of depth and power to the pieces, without overpowering the words.

The Loud Poets are very good at doing what they do: poems that strike us right in the heart, performed in such a way that makes us feel their sincerity as we listen and look on. The only shortcoming in the work is perhaps the lack of a substantial, powerful confrontation with the contemporary landscape, as the majority of the poems deal with the personal and the internal. Nothing wrong with that, but given the talent on display by the group they are more than capable of stepping up to challenge us further, as befits their moniker.

Having said that, there is enough literary finesse here to satisfy the poetry enthusiast, and enough entertainment value to impress everyone. 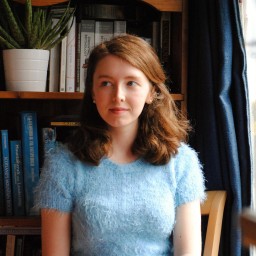