A visually stunning and physically impressive look at the relationship between mind and body.

Mind-Goblin, presented by Korean dance company Lee. K Dance and performed by its founder Lee Kyung-eun, deals with mental health and the goblins of her mind and body.

The performance begins in blackout and you can just about hear a performer’s footsteps in the darkness; it’s only as the lights begin to gradually illuminate the stage that we see Lee Kyung-eun in front of a large white backdrop. The lighting here all comes from above and means Lee Kyung-eun’s body is distorted and androgynous. Her movements are small and slow at first, beginning with the extension of her arms and the flexing of fingers, but Lee Kyung-eun is immediately a strong presence on the stage.

The music Lee Kyung-eun performs to is a soundscape of metallic sounds, sloshing water, vibrations and echoes. As the rhythm of the music increases, so do Lee Kyung-eun’s movements and her addition of grunts and shouts to the soundscape. She is a dynamic and powerful performer and the choreography of the piece has an interesting ebb and flow to it. There are moments where Lee Kyung-eun’s body is controlled by other parts of her body or is blocked or stopped somehow. A leg is moved by hitting it with a hand or is stopped from moving by her arms joined together and used as a barrier. It’s an interesting portrayal of a mind and body not fully in sync.

The piece has two false endings: one where Lee Kyung-eun stops to drink a bottle of water and one where she almost crawls off stage entirely. The pause in the performance to drink the water is a good reminder of the physical demands this kind of performance must put on a performer. Lee Kyung-eun is the only performer on stage for the 30-minute show and she demonstrates stunning strength and grace throughout without visibly tiring.

The movement comes to a climax as Lee Kyung-eun runs in a large circle with her arm raised. As the running becomes faster and faster, her arm begins to batter her own head until the movement stops and a thick, black liquid pours from her open mouth. It’s a moving and visually striking moment, something that Lee Kyung-eun achieves often in this relatively short performance.

This is a visually stunning and physically impressive look at the relationship between mind and body. 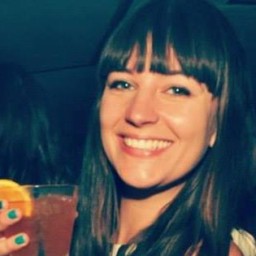