An all-Indian cast speak up against sexual violence in Yael Farber’s haunting production.

Advertisement
Note: This review is from the 2013 Fringe

There are bound to be many who won’t see Yael Farber‘s Nirbhaya because it is too upsetting. After all, why spend 90 minutes listening to horrific accounts of sexual violence when you could be watching comedy? The answer is simple – because we owe it to Jyoti Singh Pandey, the young woman who was brutally gang raped on a Delhi bus last December and subsequently died from her injuries. We owe it to all the women in this show and the countless other victims to bear witness to what they have suffered.

It’s not an easy show to watch but it must be even more difficult for the performers, who each day are recounting their own personal stories of horrific attacks: childhood abuse; a sobbing and scarred mother whose husband set her on fire and stole her only child; an independent woman who embraced her sexuality and ended up being gang-raped in America. Yes, it is harrowing but Pandey also offers redemption – as she strolls across the stage in her flowing white shawl, singing to herself, she leaves a glimmer of hope in her wake. For in the aftermath of her death, women are finally beginning to speak. 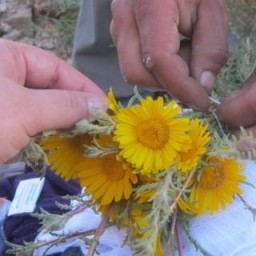 Influential movie about love, work and finding yourself anticipates the mumblecore movement

One thought on “Nirbhaya”