Fantastically funny, thought provoking, with a dash of filth; one of the best comedians at the Fringe performs his best show yet.

Rhys James keeps getting better. The young performer is no newcomer to his craft blending stand-up comedy and spoken work in a seamless fashion with his show Forgives. With appearances on Virtually Famous, Sweat the Small Stuff, Russell Howard’s Stand Up Central, and Mock the Week, James is an experienced performer with the wit and complexity of much more mature comedians. Charismatic and just plain funny, James covers a range of material from mouthy parrots to inspirational posters.

Dubbing his fringe venue at The Pleasance as the “jive cabin”, James preforms to a full room starting with the obligatory heckling on the latecomers which he manages with the flair and sass of a pageant queen. Interacting with the audience is expertly done mixing natural improv and banter to set the tone for 50 minutes of quick fire stand up. The show is slightly self-depreciating in a relatable way that’s just cringey enough. From start to finish it’s clear we’re in front of an expert that barely lets everyone catch their breath before he launches into another tale of pranks, lad life and current events.

Combining traditional stand-up with spoken word, James engages audiences as he works the whole room, seemingly making eye contact with everyone creating an atmosphere that’s both entertaining and surprising. Delivery and pacing is flawless while at the same time James’ content makes you laugh and reflect on the state of current affairs and what our society is coming to. His look back at being a 90’s kid brought back fond memories and tales of his life now including living with a girlfriend go between domestic bliss and awkward hilarity.

The show flies by with the audiences in stitches throughout the whole performance. Audiences react well to the charming comedian with clever jokes, not dumbed down with explanations. It’s great when a performer expects the audience to bring their A-game too.  Fantastically funny, thought provoking, with a dash of filth; one of the best comedians at the Fringe performs his best show yet. 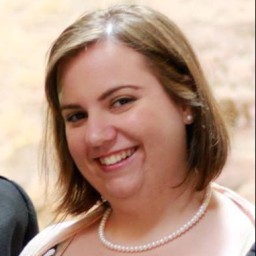