Richard Holloway’s uncompromising and penetrating treatise on life and death.

How do I sum up Richard Holloway’s Waiting for the Last Bus, Reflections on Life and Death in a few 100 words when it tackles the broadest subjects imaginable? This octogenarian is so insightful and informed, his text so littered with erudite quotes, and his advice so spot-on, that I am tempted to simply say, you must read it!

Part personal musing on living, and part teachings on ageing and the reality of decease, Waiting For the Last Bus is brutally honest and pragmatic. “A death well faced can be redemptive of a life that may not have been well lived … We want to make it (life) more just and abundant and joyful for everyone,” states the author. He forces the reader to be as thorough as he has been in his thinking. His writing tone is crystal clear: “there is no escape from anguish … Accepting the reality of … our death … might save us from the greater unhappiness of trying to ignore or hide from these realities … It takes fortitude, … the ability to endure the reality of our condition without flinching”.

Holloway is an ex-Bishop of Edinburgh and former Episcopalian, past Chairman of the Scottish Arts Council, and writer of divers volumes including the 2012 Leaving Alexandria, his biographical enquiry into faith and doubt. This background goes some way to explaining his expansive knowledge: the bible, the liturgy in its complexity, poetry, music and art, all of which he plunders and delves into for apposite sayings to back-up his theories and assist in his expositions.

Whether sermonising on the meaning of the universe, on jealousy versus envy, loss, sexuality, or forgiveness and compassion (“Wherever it comes from, one of the paradoxes of compassion – forgiveness is that it can release the sorrow of offenders at their own action”), and even John Wayne, most aspects of death are given an equally rigorous treatment. Medical intervention and the tendency towards avoidance of our mortality is tackled in detail, but the quantum approach is not. More recent understandings of time and the consciousness of matter are not alluded to and might offer a different perspective to the “naked silence and profound stillness” (Leopardi) which he believes will come inevitably after the universe ceases. Perhaps he would tell me that that was my compulsion to find an alternative to this nihilation. 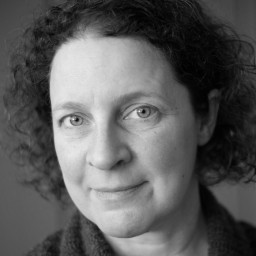 The true story of Victorian Scotland’s most famous murder trial