The benchmark tale of mistaken identity and the follies of love given retro styling and a vaudevillian twist.

French company Eat A Crocodile, led by Dan Jemmett, have gone a little bit further than merely “reimagining” Shakespeare’s Twelfth Night: they have chopped it up, cut a whole bunch of subplots and the odd character, and shared the remaining characters amongst the five-strong cast (and a ventriloquist’s dummy). A row of five weathered beach-huts play home to the respective worlds of the lovestruck fools in this offbeat and original production.

Feste, the resident fool in the Countess’s household, is disaffected and generally uninterested in any of the jaunty frolics and double bluffs. Decked out in a burnt orange flannel dressing gown, he sips tea on his front porch and tinkers with vinyls, occasionally blasting out a bit of Velvet Underground or a crooning love song. Occasionally he is animated in to reeling off a series of ragged one-liners that are delivered with an almost alarmingly straight face and world-weary demeanor.

In the hollow moments of silence that follow each off-kilter joke the show takes on a whole new tone. Whereas the slapstick scenes play to raucous laughter, there is a palpable tension that builds with each passing “doctor doctor” joke.  The uncomfortable absence of humour gives rise to a gentle, almost undetectable melancholia; smatterings of laughter serve to highlight the absence of the roar of the masses, in a way that is strangely reminiscent of the death of vaudeville. After the crowd-pleasing frenzy of role-reversing, cross-dressing and gender-switching, these purposeful moments are evidence of something more substantial beneath the skin of the production’s retro aesthetic. 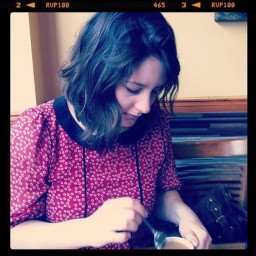