What the writer John Doran once said of The Fall might easily be said of Swans: though the group is perennially lead by its own king of misery Michael Gira  (and it can be said that much of any musical project spearheaded by him is at least ‘Swans-related’, much as Mark E. Smith once claimed “If it’s me and yer granny on bongos, it’s The Fall”) – Gira isn’t necessarily coterminous with Swans. Like the shamanic leader of a mystic cult, Gira’s role is ostensibly as divine mouthpiece, speaking on behalf of some bigger cosmic being (or, as the group’s apocalyptic sound might suggest, nothingness), directing the path of Swans’ devotee-members. There is certainly something cultish going on tonight in the underground venue of Òran Mór, as the most devout followers make their way to the lip of the stage, and it’s not even half seven yet.

The night’s off to a wonderfully unceremonious start with support Little Annie, a bewildering and beautiful torch singer act fronted by the prolific musician Annie Bandez, looking like a ghostly circus fortune teller with her sparkling headscarf, huge mascara-heavy eyes, and gaunt visage. Accompanied by Swans keyboardist Paul Wallfisch on lightly lounging piano, Bandez’s lovelorn croon barely stirs the chattering bar behind the steadfast crowd. The effect is quite striking; she temporarily transforms the venue into an inverted Gatsby-esque 1920s shindig, as if Little Annie is knowingly singing the darkness beneath Fitzgerald’s glitzy façade.

After Little Annie are applauded from the stage (a bit too enthusiastically from a relieved few), Swans begin their two-odd hour set with unreleased track The Knot, a near 30-minute suite that sounds like a definitive statement of the group’s sonic ethos. Just like Cloud of Unknowing and The Glowing Man – both of which will feature (much) later in the evening – The Knot begins with a low drone, ominously and delicately textured by Christoph Hahn’s gentle lap steel, Christopher Pravdica’s martial bass, Norman Westberg’s stoic fretwork, and Wallfisch’s dappled keys. The group constantly look to Gira, his back to the audience, bobbing back and forth like a cautious wild animal, either squaring up a potential rival or performing an intimate mating ritual. Indeed, there is something rather erotic about a Swans performance – the music moves and changes according to Gira’s body language. It makes no bones about submission to physicality, to say the least – this is music of the body, not of the brain.

The drone builds to an eardrum-shattering high before subsiding into calm. As with many of Swans’ longer cuts, we’re ten minutes in before Gira even approaches the microphone, and even then he seems to have withdrawn ever closer to a pre-verbal state, and mournful, indistinct vowels escape his possessed mouth. After the intense opener, the gnarly groove of Screen Shot comes around like a breather, even if it sounds like Swans at their most tense and cacophonous, squeezed into a cosy eight minutes.

Though a constantly revolving cast of musicians is business as usual for Swans, the onstage absence of former percussionist Thor Harris is most strongly felt. Though mainstay drummer Phil Puleo is enduringly excellent when it comes to making a measured racket, Harris was both capable of bolstering the ensemble’s Viking longboat rhythm and beautifying any ambient sequence with flitting bowed vibraphone. But what’s detracted by the loss of Harris is ably replaced by keyboardist and most recent enlistee Paul Wallfisch, as his promiscuously tickled ivories and thunderous low end lends to Swans an unexpected jazz-fusion aura circa 1970s Miles Davis.

Gira claims that the current Swans tour will be its last with the current line-up; the ‘break-up’ seems oddly fitting – perhaps even mystically-derived – given that earlier today a wedding reception was held just in the room upstairs in Òran Mór. But perhaps Gira’s decision to disband is a shrewd move, constantly shedding skins on the hunt for renewal and rejuvenation. After the project’s recent slew of hard-to-beat masterpieces – from 2010’s My Father Will Guide Me up a Rope to the Sky to 2016’s The Glowing Man – who knows what artistic spirit will move through Gira next. However, as the audience tonight surely know, right now is the best – and possibly the last – time to experience this astonishing ensemble in all their living intensity. 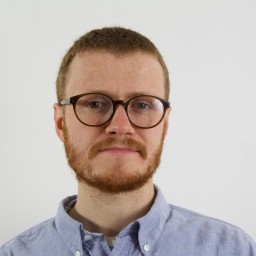