A menagerie of theatrical talents fight against the clock

Contrary to initial assumptions, The 24 Hour Plays Scotland does not actually last the same length as a full rotation of the Earth. Instead, it is made up of five short scenes created in 24 hours by five different groups. And “created” means written, directed, produced, memorised, designed and rehearsed. In one day. The writers are given a single prompt as guidance. This weekend, Some People by the Polish poet Wislawa Szymborska provided an inspirational starting point, giving way to themes of outsiders, communities and conflict.

With a different team behind each scene, The 24 Hour Plays Scotland is not a guaranteed crowd pleaser but a carousel of different styles and talents. Mercifully, there was only one self-consciously “artsy” scene where no one really knows what’s going on but it’s probably all society’s fault. Among depictions of the allure of a lanyard power trip and a theatrical rehearsal gone awry, highlights include a darkly comedic dystopian world in which the genders are at war. The field marshal and the admiral of the all female army argue over whether they should castrate their male prisoners of war. A reference to “Rape Riots” brings to mind the sexual abuse suffered on New Year’s Eve 2015, making this scene both comical and disturbingly relatable.

Another group performs a domestic setting invaded by raging global combat when an injured soldier falls through the roof. What makes this piece stand out is the writer’s skill in portraying arresting human relationships in such a short space of time. An eager yet naïve girl plays off against a hardened, protective mother figure, while the invasion of a male soldier distorts the onstage dynamics by adding an element of sexual attraction and threat.

This performance also manages to achieve what is usually considered impossible: non-excruciating audience participation. At the end, the audience is able to write their favourite scene on their ticket. The scene with the most votes will be supported to become a fully-fledged play. Assembly Roxy provides a brilliant venue for this innovative performance, with lovely staff and a fantastically thespian bar downstairs. Don top-to-toe black and you’ll fit right in. 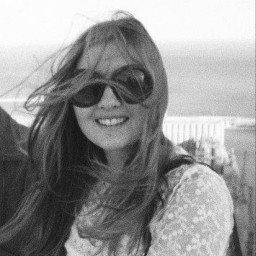