An enthusiastically delivered evening of music by living Scottish composers

Over the last decade or so, concerts of music by living composers have become rarer in Scotland. Music programmers coping with dwindling budgets have become worried about attracting audiences to concerts that include works that may be perceived as ‘difficult’ listening. Coupled with the untimely demise of Edinburgh Contemporary Arts Trust (ECAT), a key player in the contemporary music scene, new music is being heard here less often.

It is therefore exciting to find The Edinburgh Singers delivering a whole programme of music by living Scottish composers, to a notably large and attentive audience, in Old St Paul’s Church, Edinburgh. This is no mean feat. The well selected programme is for the most part extremely demanding and the choir are being expected to punch well above their weight. They succeed in doing this, however, with a palpable enthusiasm.

The three pieces included by the recently Knighted James MacMillan—Tota Pulchra Es, A New Song and The Gallant Weaver—are certainly technically difficult, but these are also the most rewarding works in the programme and sung with real commitment: a testament to MacMillan’s deft choral writing. In particular, the carefully programmed opening to the concert, Tota Pulchra Es, is a highlight of the evening: a short and intensely insistent work whose emphatic joy is well delivered by a united choir.

The choir are also very comfortable with unaccompanied works such as the Chris Hutchings’ highly effective O Vos Omnes and Tom Cunningham’s Scotland at Night. Cunningham’s work, with words by Alexander McCall Smith, successfully  captures the latter’s  humour and a love of Scotland, and is clearly well enjoyed by both singers and audience. Three Reflections by Edward McGuire, a very early work from 1967,  is also confidently performed and is dark, serious, expressive and quite unlike his more recent work: a real surprise.

John Kitchen, who is among other things Director of Music at Old St Paul’s, expertly accompanies the choir, and is evidently at ease on his home turf. Kitchen also delivers two solo organ works: Martin Dalby’s Contemplator Celestium and Tommy Fowler’s Life’s Rejoicing. Both have been previously premiered by Kitchen, and are performed tonight with his usual aplomb.

The concert also includes Dalby’s Mater Salutaris, William More’s O Make me a Channel of Your Peace, Ken Johnston’s Song for St Cecilia and is rounded off with Gordon Cree’s A Scottish Blessing. Cree’s work was specially commissioned by The Edinburgh Singers and provides an effective close to the evening.

Although the performance is not fault free, at least technically speaking, it is delivered musically, by engaged performers whose energy takes the audience with them. Alistair Digges (Musical Director) is to be congratulated: he has a great rapport with the choir and an ability to get the very best out of them. His obvious commitment to this programme has certainly paid off. 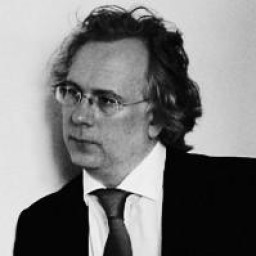