A funny and furious one-man show. On the eve of a big speech a trade unionist leader is plagued by voices from the past.

It’s great to see David Hayman onstage in his native Scotland. He is best known for his TV role in Trial and Retribution. This one-man play is a personal project for the actor – it was directed by his son – and imaginatively couches Hayman Snr’s changing political beliefs in an accessible and vivid way.

He plays Bob Cunningham an ardent trades union leader about to address his flock. Cunningham, approaching 60, is plagued with voices of his feisty father forever saying no and his idealistic teenage self. He’s spent a lifetime living by the dictum ‘don’t agonise; organise’ fighting for international socialism in a time when the SNP were labelled ‘Tartan Tories’. But the world has changed and so too has Bob although he’s too scared to admit it. A psychiatrist might call Bob’s dilemma cognitive dissonance and this is his undoing as he moves from his Labour roots to see the light in Independence.

The writing from Chris Dolan is tight, funny, furious and true. It’s a polemic but chock full of memorable one-liners. Scots are ‘the world’s greatest bickerers’, only a 17-year-old Glaswegian could ‘get into a fight at a peace march’. In a bravura performance from Hayman he says that independence is not ‘leaving the union, it’s joining the world.’ The Cunningham role is clearly out to change hearts and minds (the play has an extensive Scottish tour in September). 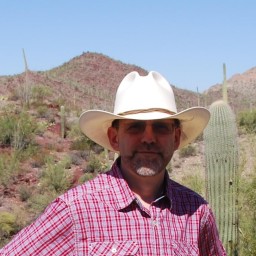 The Social Bitches return for the kick, colour and flavour of Nico Simeone’s Mexico menu.

The Social Bitches devour a fabulous new menu at an old favourite.

The Social Bitches make up for lost time, devouring every delicious thing in sight.