A manic piece of work, spellbinding from start to finish.

As part of Glasgow Film Festival

A revenge thriller. A conspiracy mystery. A dark character study of a broken man. Whatever way you try to spin You Were Never Really Here, you’ll always end up with something that sounds tragically formulaic and uninspiringly cliché. The reality however, couldn’t be further from such expectations; this is something dangerously exciting.

Scotland’s own Lynne Ramsay has taken nearly seven long years to follow up her dark and masterful We Need to Talk About Kevin, with a comeback that barely lasts an hour and a half. Despite such disparity, the audience is (if anything) being lavishly rewarded by the mere existence of such a project. Every frame drips with a nightmarish madness, and Ramsay wrenches you into a world that you don’t want to be part of, yet you don’t want to escape from no matter how hard you try.

Joaquin Phoenix is Joe, a troubled former military man suffering with PTSD who makes his money as a hired gun. His mission is to save the young daughter of a New York politician who has fallen into the grasp of a child sex ring. If things all sound a little too Taxi Driver-ish to be worthy of your time, fear not, You Were Never Really Here invokes the madness, the violence and the confusion throughout the entirety of its running time in a way that Scorsese only manged in his film’s climax.

Comparisons with such celebrated movies are well deserved, but again, don’t begin to expect a full homage/rip-off. Ramsay, Phoenix and Thomas Townend (cinematographer) all wrap you into their individual and expertly woven nightmare and never let you out of their grasp. The final pull to overpower a shell-shocked audience comes in the form of a tremendously hypnotic-meets-fearsome score by Radiohead’s Jonny Greenwood, whose continuing run of staggeringly crafted movie music might one day tip the balance in favour to become “cinema’s Jonny Greenwood”.

Receiving a seven-minute standing ovation from the notoriously pernickety Cannes festival, despite somehow being put together over a frenzied twenty-nine-day production says enough about the craft and expertise of Ramsay’s fourth feature film in and of itself. However, it never hurts to add plaudits where deserved: this is brilliance. 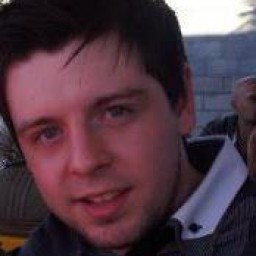 An uncanny and dreamlike vision of an everyday technological wonder