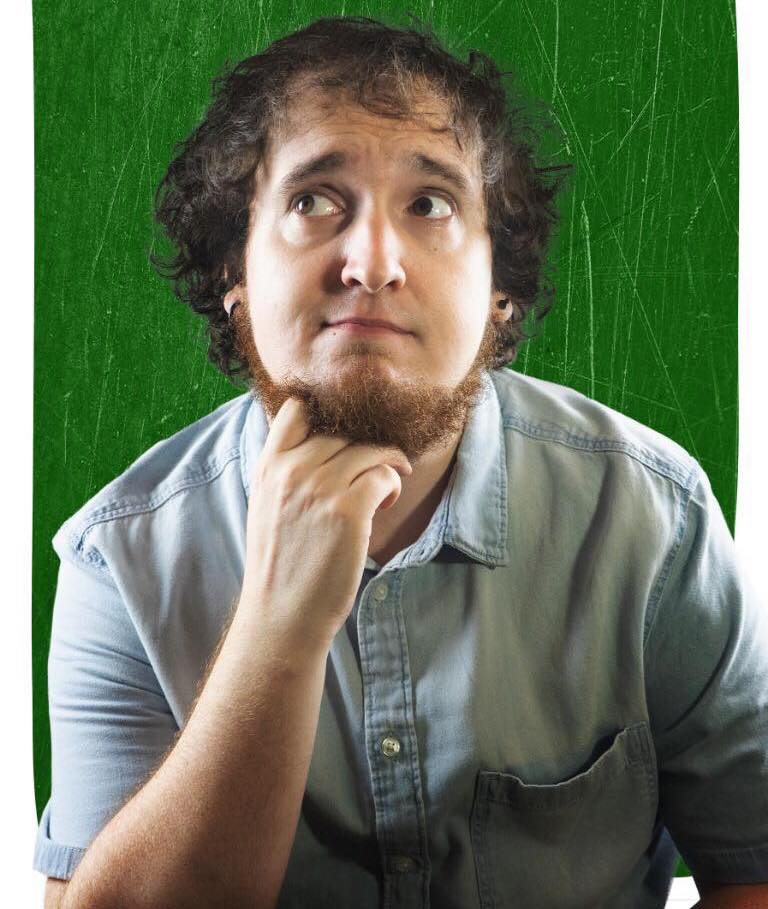 Justin Heyes converted to Islam from Catholicism when he married. He’s seen the way Muslims are portrayed and perceived from both sides: as a white Englishman with no real knowledge or experience of Islamic faith and culture, and then later as a convert to the faith, seeing the attitude to his new community with fresh eyes. It’s an interesting and unusual premise, and the potential is immediately obvious. Unfortunately, Heyes never properly capitalises on it, seeming to back away from any in-depth discussion before he’s fully explored it. He’s a good performer, with a relaxed and open nature, and his easy pre-show banter effortlessly brings the audience onto his side from the start. It’s a slow start, though, with the first half of the show feeling sluggish and directionless. Heyes spends the first ten minutes explaining to us what the show is going to be, without really moving the narrative along at all. Some performers could have used that time to establish character, and to sneak in some of their strongest unrelated gags that don’t fit easily into the rest of the show. Heyes doesn’t, and as a result the opening act of White Muslim is longer and less focussed than it should be.

The latter half of the show is much stronger. Heyes finally starts to get into the meat of things: not just the cultural differences between his two worlds, but how the political climate affects him and his family. To his credit, Heyes is aware that White Muslim could be seen as a the ultimate ‘White Saviour’ story, and he addresses that upfront, successfully arguing that his perspective is a unique one and that his story is personal as much as political. Even still, he distracts himself, and he’s only just started this line of introspection when he diverts to tell an anecdote about burning his eyes with chillies while playing Catan. Much of his material is standard comedy fare: the differences between a new relationship and a long-term marriage, getting high, daytime telly. It’s frustrating; Heyes’ experience is one that very few of the audience will share, and so any deviation from his main story feels like a missed opportunity. Heyes admits that he’s doing this show in part because people told him that he should. That slight lack of direction shows; it sometimes feels as if Heyes isn’t yet sure exactly what he wants to say.

His finale hinges on the assumption that nobody could ever think that somebody who looks like he does could be a woman, which is probably alienating for any trans people in the room. It’s a well-intentioned blunder, though, and only really serves as an entrance ramp to launch Heyes at his final punchline – which is excellent. He ends with a bucket speech that doesn’t so much tug at the heartstrings as grab them in a strong fist, drag them to eye-level, and headbutt them into submission. We leave the Raging Bull basement simultaneously happy and frustrated. It was a decent if unadventurous hour of comedy, but it could have been so much more.