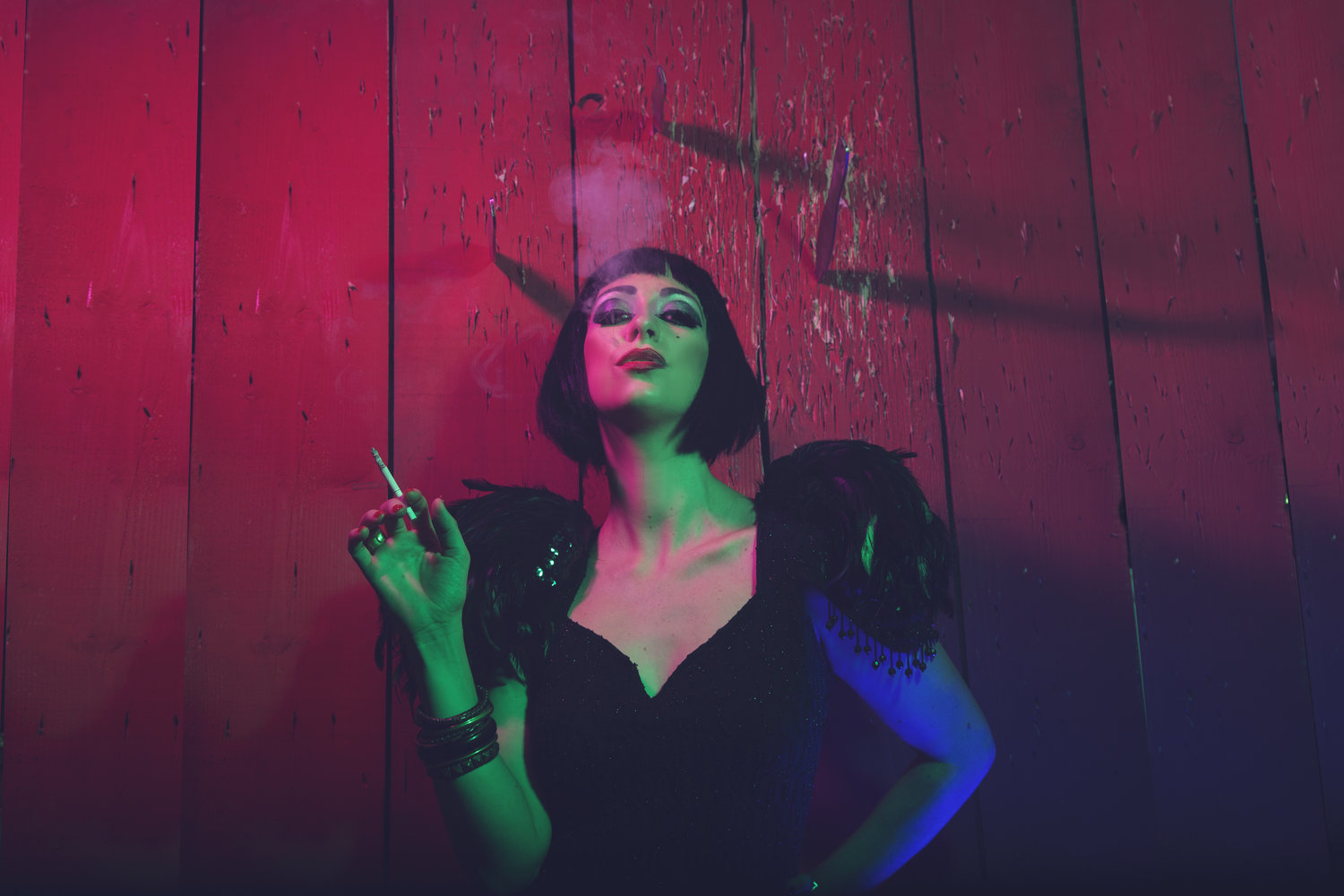 Fresh from successful touring on both sides of the world, Bernie Dieter has established herself as an undisputed cabaret queen following her incredible run at the Edinburgh Fringe last year with her show Little Death Club. She took some time out of her latest Australia performance run to talk to The Wee Review about her background, the past year and why Little Death Club holds such a special place in her heart.

Little Death Club has been dazzling audiences all over the world for several years now. How has the show changed since it was first conceived?

The show started as a late night lock-in in a spiegeltent. I would ask the most infamous stars of the cabaret scene (who I am very lucky to call my friends) to come and perform their funniest, filthiest material. The line up would change every night depending on who was in town. Now, it has become an 8pm headline show with a set cast of glorious punks, freaks and weirdos and a live, Weimar punk jazz band playing a fully original soundtrack.

You’ve been immersed in the drag, cabaret and variety scene since you were a teenager. What kind of impact did it have on you when you first discovered it?

It absolutely blew my mind. Such a glorious celebration of difference and individuality, I instantly knew I had to be a part of it.

It seems like you’ve had an amazing 12 months, with the Edinburgh Fringe in 2018 and then returning to the Adelaide Fringe earlier this year, on top of all the other touring you have been doing! Can you pick out a highlight from the past year that really stays with you?

Our 10 week season on the London South Bank was absolutely incredible. Sold out shows and standing ovations night after night. One night Lesley Woods, the gorgeous lead singer and guitarist of the feminist post-punk band Au Pairs came and saw the show and loved it. She bought me a pint of gin and said “I used to sing about pussies too darling.”

Out of the thousands of shows that made up the Fringe last year, Little Death Club was among the top five best reviewed. What was your reaction to that kind of acclaim?

I was just so proud of the show. It was amazing to see something that I had created together with Tom Velvick from Dead Man Label and a little bunch of weirdos hold its own among all of the fantastic work that was being presented at one of the biggest festivals in the world.

One of the most remarkable things about Little Death Club is the variety of performers and styles. How do you decide who joins you in the Spiegeltent, and is there anyone you would love to have on board in the future?

I am lucky enough to know some of the best circus, burlesque and drag artists in the world. We are a crazy family of misfits. If Tom or I see an act or a performer that we like, we love to work with them on that Little Death Club twist that brings their unique talents and skills into the world of the show. We love performers that push the boundaries and aren’t afraid to try new things, and it’s always a plus if they are lovely humans who like gin.

You manage to create such an intimate atmosphere with your audience. How important is that to the show’s success?

It is absolutely crucial. We live in a world where people spend longer staring at screens than looking into each other’s eyes or touching each other’s thighs. We smash that fourth wall down straight away and I climb into the crowd in the first song and get them to stroke me and each other. This is not television, darlings. Let’s live and laugh and be in the moment.

Your own stunning musical numbers blow the audience away. What’s your ideal writing zone? Can you imagine your lyrics and songs almost anywhere or do you have a specific time and place that you like to think up new music?

Often an idea will just hit me in the shower or in the street and the song will practically write itself (this also leads to hilarious situations that involve me singing ‘lick my pussy!’ at the top of my lungs in a Tesco Metro and causing an older lady to drop her cabbage). Or I will gather Tom and one of the amazing musicians we collaborate with, like Marty Hailey or Martin Martini, around a table over a bottle of wine and we will write into the night.

Do you have a particular audience reaction that stands out to you?

I love to see people laughing with the new friend they just made in the second row, or giggling as they stroke a stranger’s thigh. I think the show has this extraordinary power to bring people together, and I am often told it acts as a bit of an aphrodisiac too, which is always a good thing!

Alongside the raunchy and spellbinding theatrics of the show, Little Death Club has this wonderful theme of self-acceptance, celebration and love. Why do you think such messages are important, and what do you want the audience to take away from your show?

There is some scary shit happening in the world right now. We are once again living in a time where we are being told that difference is something we should be afraid of. It is so, so important that we don’t fracture or fear, that we love and support each other and celebrate those glorious differences that make us all the beautiful, unique, weird and wonderful creatures that we are.

There are so many places we would love to go! We’d love to tour more of Europe. There are seasons in Berlin and Denmark on the cards which would be amazing. We would also love to take the show to the USA – everywhere that will have us, darling. Give us a spiegeltent and we will be there.

My personal favourite is Panda and Sons, that secret basement den of iniquity! Sneak through the bookcase and an incredible world of boozy delights awaits you, also you also won’t realise that the sun has already come up until you’re back outside.