Rebecca Corbett talks to Scottish playwright and theatre director David Greig about the referendum and his involvement in the National Theatre of Scotland‘s upcoming project The Great Yes, No, Don’t Know 5 Minute Theatre Show.

What made you want to use the Five Minute Theatre format again?

Well there are two things, first is the referendum. This was the most immediate impetus, it seemed important to have a response to that, that was creative and democratic and involved as many people as possible. Five Minute Theatre seemed to be a good way to achieve this. The second is that I think the idea with Five Minute Theatre was that it would be a constant strand in National Theatre of Scotland‘s (NTS) work. Almost like how other national theatres have different bases, like the National Theatre in London has the Olivier and the Lyttlelton and so on. I think NTS has their own bases as well, and one of them is the Five Minute Theatre space – the digital space.

I think the feeling is that the referendum is the most important democratic moment in Scottish history for quite a while and it seems that NTS had to think of a way to respond to that and this is what we came up with.

Is there a difference from the previous Five Minute Theatre performances?

Five Minute Theatre this time is a slight push on from things we’ve done before, it is much bigger. This can be seen in the way it includes these performance hubs in Edinburgh, Glasgow and around the country where work will be taking place that people can come and see, as well as being able to watch on the internet. It even has involvement in England and further afield in the rest of the UK.

The other thing is since the first Five Minute Theatre, technology has moved on so much. In the first one we had to send out cameras and camera crews out to film people in different locations; where-as now people can pretty much lift up an iPad, point it at the performance and their audience and press a button and it’s pretty much straight away live to our site. It’s a really amazing opportunity, that ease of transmission creates a wonderful aesthetic, it’s not just about us, it’s really live and present. It’s sort of almost like a hybrid between live theatre and live film so it’s a really interesting idea.

It adds a really interesting dimension, because it won’t look professional…

(He interjects) It won’t look professional at all, I mean it won’t be looking like the BBC, it will be the opposite (laughing). The whole of broadcast is about somebody telling you things from a central place of power, where as this is about everyone speaking to each other from their own places. While obviously there is mediation because we’ve chosen the pieces to some extent, it’s a much more fluid and almost punky kind of approach, and I partly think that is the point. It’s supposed to be a bit rough and ready.

Could you tell me a bit about the crowd that you have sourced for the project, and the people who you have got involved?

Well there’s different layers, there’s a general shout out to the public, to the people who’ve done Five Minute Theatre before, to people who have never done Five Minute Theatre, to people who are interested, drama groups, student groups all around Scotland. That’s one layer. We’ve also sent out specific letters asking for and seeking contributions from the best writers, practitioners of drama but also poets, novelists and other working writers that we can think of in Scotland.

We’ve also asked the different hubs in Scotland and around the world who’ve been involved, we’ve asked them to target groups that are trying to get involved with them. For example in Cardiff they will be saying to their youth groups ‘Does independence mean anything to you? Is it an interest to you to respond to this?’ And hopefully they will get involved.

The final layer is that we are putting together a small team of performers and writers to actually make work very close to the day’s performance itself. And that work, almost like a small variety show, will be split up over the course of the twenty-four hours and that is going to be presented in Glasgow.

Do you think theatre is an important way of getting people involved in politics?

I think politics is a really good way of getting people involved in theatre – I think that theatre and particularly this form of theatre, which is sort of theatre crossed with social media, is a really great way of getting people’s voices heard. Getting people to think about politics in a slightly broader way than just ‘I will put my cross here’. A little bit more to let their thoughts, their dreams, the imaginations run a little bit riot and find that they have ideas and connections that maybe don’t immediately at first sight come to you.

Do you think this project will open up the referendum to more people?

It’s a great way for any group that don’t feel involved, for example if you’re on Mull you might feel like you’re not getting the same attention or canvassing. This is a chance for everybody to be at the centre which is what social media and the internet are so good with, and this is a chance to create a virtual space where no voices are more powerful than any other. I think to put it in a funny way, this is a very National Theatre of Scotland project, and it’s something that they do really well. I think it will become more creative and alive and exciting as it goes on. I think it’s really starting to hot up now and who knows where it will be by June. 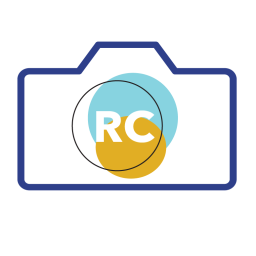