Elsie Ward speaks to Vetusta Morla about their upcoming Edinburgh show, and what Spanish rock has to offer the UK.

Since 1998, Vetusta Morla have been one of the foremost influential bands in the Spanish alternative rock scene. Following the release of their new LP, La Deriva (The Drift), the six piece are embarking upon a world tour to prove the cross-cultural versatility of their music. Edinburgh will get its own taste of what they have in store at their Liquid Room show on 19th October. Warm receptions are something the band are used to, with frequent sell out shows in Madrid, and one in London in 2012. We spoke to the band to find out what it is about their sound that the world seems so love so much, ahead of their eagerly awaited first ever Scottish performance.

Tell us about your new album La Deriva. Is the meaning behind ‘the drift’ particularly significant to the band right now? If so, why?

The drift is a concept that tries to reflect a certain moment that happens after a crash, after something has gone wrong, call it a crisis or a wreck or some kind of collapse. Then begins what you can call a drift, when the course that you were following no longer exists, the things you used as a beacon are gone and you feel your way is marked by some power you don’t understand. That can be a frightening picture, but at the same time can be a good chance to find new and unexpected paths and to feel that we are not alone in that situation. Every song on the album tells the story of a drift, sometimes a social or political one, sometimes a personal or emotional one.

You had a sold out show in London in 2012. Has this amazing reception got you excited to play again in the UK?

Yes, that was a very warm reception, we hope we can get a similar one next week. It’s very exciting for us going to the UK to show our music, because it is one the most important places in the history of contemporary music, the place where many of the bands we like and have influenced our work come from. In that concert in London the crowd was mainly Spanish people living in UK, but hopefully, next time more English and Scottish people will be in the audience, that would be a really thrilling thing.

On this tour you’re working with Spanish Armada to try and influence a new wave of Spanish culture to Scotland. Do you believe there any misconceptions about Spanish music, which you feel you’d like to change the Scottish opinion of?

I don’t really know much about misconceptions about our music. We are a country as linked to the past as to the modern, as diverse as we are connected with the rest of the world, so you’ll find traditional music alongside avant-garde works and everything in between. Our goal is to show our music live, to show its emotional power, beyond language or genre borders. We’ve seen many times the power of real music and can only hope to get some attention to have the chance to develop it in the UK.

Tell us a bit about your tour so far, how has the reaction been to Vetusta Morla in other places? How has the response been to La Deriva?

It has been quite good, although it is better in Spanish-speaking countries. Maybe it is the importance that we put into our lyrics that makes it a bit more difficult to approach our songs if you don’t understand them. But I’m sure you can get a good taste and energy by listening to the universal language of music.

You have a big tour of South America coming up. Tell me a bit about that. Do you find your South American fan base is especially strong being mostly Spanish speaking?

Yes, but on the other hand I feel we have less in common with them in terms of style, genres and ways of understanding music. There are matters in which we find ourselves much closer to a European or at least north American perspective (Argentina can be an exception). So as you can see, every place has pros and cons, challenges are everywhere and it is so exciting to face them.

The band has managed to stay very successful for a long time. Do you believe that this has anything to do with the fact Vetusta Morla adapt their music to suit changes in time. Is La Deriva a good example of this?

I’m not sure if that’s the reason for our longevity as a band, I guess it has more to do with the fact that we find true and honest emotional pleasure in doing music and an urgent need to express ourselves through it. But it is also totally true that La Deriva is a child of its time, modelled by its circumstances and tied to the deep living of the present time. 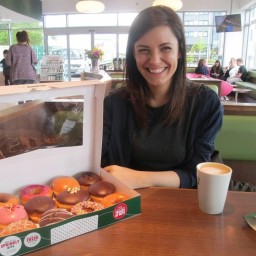