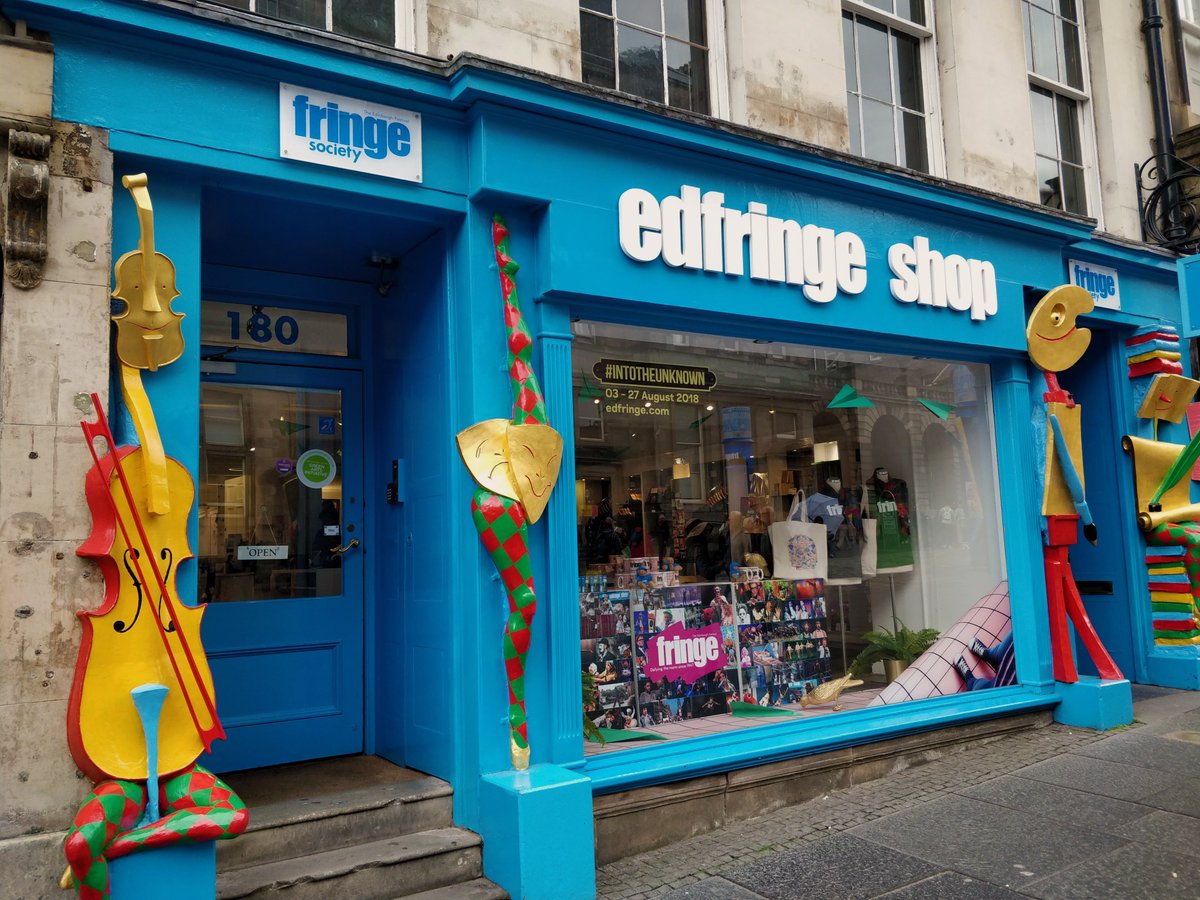 Is there a better way to a Fair Fringe?

Before Fair Fringe campaigners take aim, they should make sure they have the right target in their sights argues editor Robert Peacock

The Fringe is a failed market.

Strip back the arty veneer and uncover the bare economic bones of it and that’s what you’ve got – a failed market. Like the Credit Crunch. Or rail privatisation. It doesn’t deliver the outcome a market should. It’s a theory gone wrong, a business practice come unstuck, an economic model off the rails. There’s nothing sexy or glamorous about a failed market. Even an arty one where you get to drink G’n’Ts in the VIP bar with someone off of a panel show.

From the outside, it doesn’t look like it’s failed of course – those ticket records keep getting broken, those awards keep getting won. From the inside, everyone sort of knows it can’t go on, this ever-ballooning Fringe built on ever shakier foundations; they just can’t yet see the shape of how it ends. We’re in Lehmann Bros HQ, 2007.

Why is this market a failure?

Because some players in it – anyone with real estate or a drinks licence in Edinburgh City Centre – have almost unlimited power to enrich themselves. Others – the ones that are actually needed to keep the whole thing running, i.e. the performers, the techs, the venue staff – are subsidising it with low wages, long hours and poor conditions. It’s unsustainable and bound for a correction one way or another. Even the hardest-nosed capitalist knows there’s limits. Markets like that do not play nicely forever. Once a market starts devouring its workers, it’s doomed. Everyone – staff, venues, the City of Edinburgh, Scotland – has an interest in making this work better.

In this instance, the red light on the dashboard indicating all is not well is the Fair Fringe campaign. After two years lobbying, they’ve upped the ante again in recent weeks, calling on the Fringe Society to step in and bar venues from the brochure.

Their anger is understandable. The arts might have a fluffy reputation, but some working conditions at the Fringe are the stuff of documentary exposés into zero hours sweatshops.

The target of the anger, however, is wrong. Of all parties here, the Fringe Society is not the enemy. But we’ll come to that…

There’s a reason workers get shafted at the Fringe. You might not like it, but you don’t get far by not understanding it.

First: limited supply of city centre buildings plus a huge demand to stage events in them equals high prices for space.

Second: a huge supply of people wanting to work or perform at the Fringe plus (relatively) limited demand for them equals low wages.

The promoters are just the middle men and women, bringing space and people together. One’s expensive, one’s cheap. You can’t blame them for working with that.

You can be (rightly) angry about the situation. But you can’t solve it without understanding that basic economic framework.

Some promoters are massive commercial operations, of course, and are taking advantage of the low price of labour. Let’s not mention names. We don’t want any beef from anyone.

But if a smaller operator told me they were barely viable because of the high cost of space, I would believe them. These places can only operate because of cheap labour.

In that sense, Fringe boss Shona McCarthy is right in what she said last week – demand for better conditions would be a threat to the Fringe. A “treat us better or else” demand might result in some operators just packing up, leading to fewer spaces, fewer shows. That might be a price worth paying – no labour might be better than exploited labour – but campaigners need to be aware that that might be one outcome. Getting angry with the Fringe Society for raising that possibility doesn’t help.

So what do you do? Like any failed market, someone or something needs to intervene to set things right. How do you intervene in this market to set it right?

One option is old school collective action. Fringe workers down tools and refuse to put on a show until conditions improve. It might work. It might get a few concessions from big operators. Unfortunately, another scenario is more likely. The supply of people wanting to get into the industry is to all intents and purposes unlimited. There will always be people willing to work in the arts for free. Even if Fringe workers could collectively organise, there would always be scabs. Only in this case, it wouldn’t be miners trying to put food on the table, it’d be Etonians with trust funds.

Another option is to put some condition on venues if they want to be in the Fringe brochure – the approach that Fair Fringe have advocated. Regulation of business – it’s the standard way for working improvements to be forced through. How would it work in this case though? The Fringe Society isn’t a regulator. Asking it to police venues would fundamentally and irrevocably change its nature from administrator and supporter to regulator and manager. It would mean goodbye to the open access Fringe. Also, it overestimates the clout even a beefed up Fringe Society would have to force changes on commercial operators. What’s to stop venues bypassing them and doing their own thing. Remember Edinburgh Comedy Festival?

Another option is to kick up a public stink. Get the public to boycott venues that don’t pay properly and force concessions through that way. It would be a tough and possibly fruitless task – few Fringe-goers would skip a chance to see their favourite comedian because they’d heard rumours the techie doesn’t get breaks. But perhaps it might eke out some marginal improvements from venues, purely for PR reasons.

In fact, you could do any combination of these things and it might win some small improvements in working conditions. But none of them are really the best tack for the long term health of the Fringe and its workers.

Firstly, there’s unintended consequences. Forcing out “bad” venues (and C Venues are currently Fair Fringe’s target number one) might seem productive but it won’t be if it ends up reducing the number of operators and concentrating even more power in the hands of bigger venues. Then we’d really find out what exploitation is.

Secondly, it’s not targeting the real source of the problem.

The problem lies not in that office on the High Street. It’s with the class of people who are nowhere near Edinburgh in August. They’re on a beach in the Caribbean or in their tax bolthole in the Channel Islands. They’re placing adverts like this and this. If you look at the real reason Fringe economics don’t stack up, the real money drain, look back to what the big cost is – space.

The scandal of exploitation isn’t on the Fringe Society. Ultimately it’s on the rentier property class who are extracting excess profits for doing nothing (and that includes the big institutional property owners like the University). That’s where the money flows out of the system. They reap all of the benefit of increased demand in August and do nothing towards it (and no, paying ordinary taxes doesn’t count). It needs someone with more clout than the Fringe Society to sort that one out.

It’s natural to blame producers and venues because they’re the ones actually employing people, but really they’re just the go-betweens, pairing performers and spaces. And it’s easy to seek redress from the Fringe Society because they seem like the central body with the power to do something. But to really sort this for the long-term, it needs a city-wide approach and that means higher level solutions from local or Scottish government.

What’s needed is some good old-fashioned wealth redistribution from rich property owners to poor arts workers. The price of owning premium property in Edinburgh has to be putting something back into the system that helps create that premium – the Edinburgh festivals. How you achieve that – and the putative “tourist tax” might be one way – is a legal, political and administrative quagmire. But someone has to do the difficult, dirty work of rebalancing the whole ecosystem, of which property ownership is a big part.

That’s why everyone involved with the Fringe – workers, artists, venues and the Fringe Society – need to be of one mind on this, not arguing with each other, as is currently the case. For example, if the entire Fringe threatened to up sticks and threatened to move somewhere cheaper, that would focus a few minds. Suddenly a tourist tax wouldn’t seem much of a hardship compared to the vanishing of an entire market. The real money-makers of Edinburgh need to realise they have the cultural equivalent of the Olympics coming here every year without even a bidding process. It’s time they did more to help Olympians.

“Exploitation” is the word being used, an emotive word that gets attention, but are we really clear how this exploitation has arisen? Exploitation only happens when markets go wrong and this one has gone wrong for many reasons other than simply “nasty bosses”. The cost of Fringe labour is low because so many people want to be part of it and so many people self-exploit. And the people who really make money during the Fringe are not making their appropriate contribution.

If we’re serious about changing this, it needs big picture thinking, an understanding of the whole ecosystem and meaningful interventions. Let’s think strategically about how to improve this situation. Shouting at the Fringe Society to block venues is not strategic.

(Some personal background: I’ve never earned money at the Fringe. I too am a self-exploiting Fringe worker. I take two weeks annual leave from my day job each year to work 100+ hour weeks unpaid running The Wee Review – although this hasn’t stopped some suggesting I am part of the same exploitative environment! I am also a not very active member of the Fringe Society.)