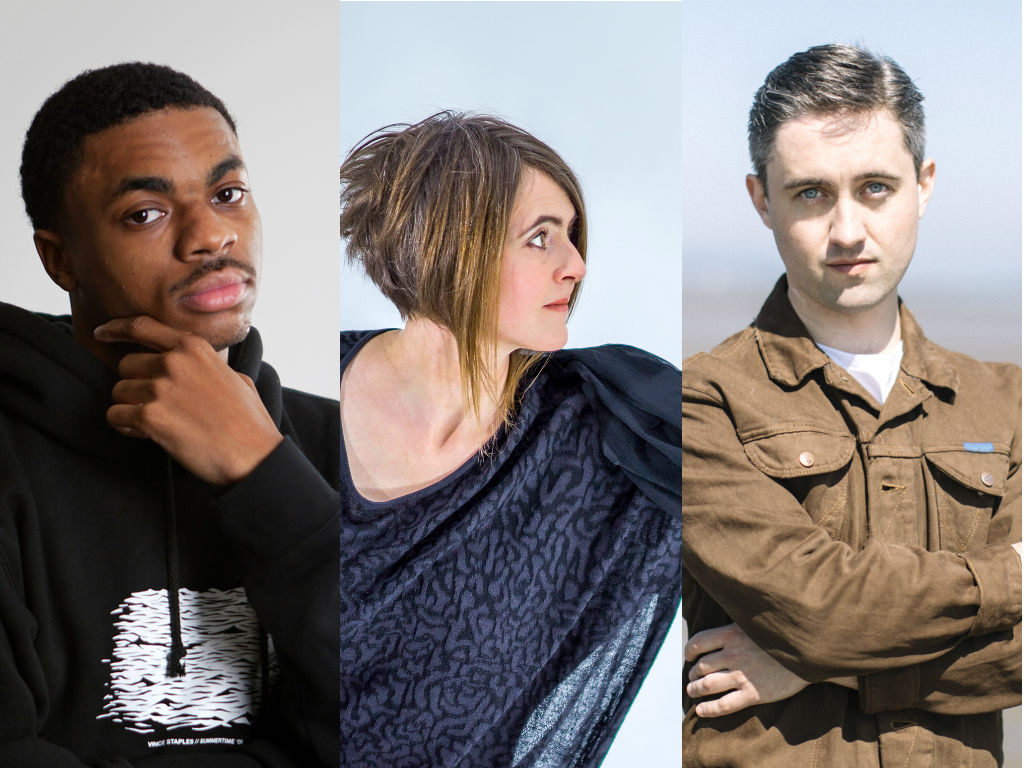 Hip-hop, metal, folk - and those are just numbers 8-10 in our writers' end of year albums poll

Every writer on The Wee Review was invited to vote in our end of year poll for the album of the year. And would you credit it? Just like our chums in Westminster, all that resulted was an extreme lack of consensus. Still, with the use of a convoluted points-based system and arcane tie-break rules pre-prepared for just such an eventuality, there was just enough clarity to produce a Top Ten. It threw up some surprising variety (a couple of prog albums almost made it in there) and an unexpected number one…

North Long Beach rapper’s third album was released in November to a positive reception: “Extremely crude, yet beautiful,” said Consequence of Sound. “Staples grippingly takes it back to the basics,” said The 405.

“Ghost are known for their theatricality. Every aspect of their image has been perfectly curated, be it their on-stage personas, their videos, or (most importantly) their music; and this is certainly evident in Prequelle, the Swedish metal outfit’s fourth studio album. [It] is an excellent addition to Ghost’s catalogue, highlighting how the band is open to change and new ideas while also remaining very true to themselves.”

“Laws of Motion is an optimistic album [that] acknowledges the rush, horror and separation of contemporary life, but offers up hope and positivity in the face of it…  Polwart asks what we are left with in the face of the terrible occurrences of our world, how to survive the horror of it all. And she gives us this answer: be still and quiet, be thoughtful and take pleasure in the beauty of our natural environment. Together with haunting melodies and fascinating stories, these songs linger behind in the soul.”

The electronic duo’s second album was underscored with “playful energy and optimism” according to The Skinny. “It’s the kind of album for people to just put on and jam out to essentially, there’s nothing more to it than that, for us. We just want people to enjoy it,” said the pair themselves.

“A provocative mix of black metal and black folk music of the South… an absurd union that offers moments of transcendence,” is how Pitchfork described this second album by Swiss-American Manuel Gagneux. Needs to be heard.

“Tranquility Base Hotel & Casino is a statement, an attempt to put clear water between this and what’s gone before. Heavily stylised, vaguely conceptual, all the lumps and bumps sonically sculpted to suit a new, overarching vibe. “Lounge band in space” was what went on the whiteboard for this one. Wherever producer James Ford and Turner could find a way to make it sound more Tomorrow’s World in 1969, they did… It certainly won’t sell like AM. It might also be the point where Alex Turner’s stratospheric cockiness finally departs earth’s orbit. But every artist needs a Nashville Skyline, a Soft Parade, a moment where you question WTF they’re doing. They’ve earned this self-indulgence. Let’s just go with it.”

– Robert Peacock’s review from May

4. Villagers – The Art of Pretending To Swim

“Another multi-layered yet lo-fi record from the indie Dubliner… a very personal record impressively coloured, with beautiful vocals and melody intertwined on each track… The raw boldness of previous records may be lacking but in its place O’Brien has written some of his best songs to date.”

“The trio owe their sensibilities as much to electronic music as to jazz. In fact, on A Humdrum Star that’s far more obvious than on its predecessors. Jazz is a trace ingredient on some tracks… This gives the music a friendlier, more accessible face. You’re far further into the album before you approach anything a layperson might consider ‘difficult’… Catch the mood right and you could lose yourself in it.”

“Their third inimitable slice of warped, rhythm driven weirdness… sees the grizzled Bristolians up their game and bring a certain wobbly precision to bear, capturing the current mood of political misgivings and creating a soundtrack to society’s fears in the process. Of course, that soundtrack might not be one to bung on at a children’s party but sitting alone, existentially gazing into a shepherd’s pie, it’s dead on.”

The hip-hop super-group formed by Kanye West and Kid Cudi take the top spot in our list with their eponymous June debut. “A spacious and melancholy album about brokenness,” thought Pitchfork. “An important step forward into an era of big moods and short attention spans,” thought Rolling Stone.