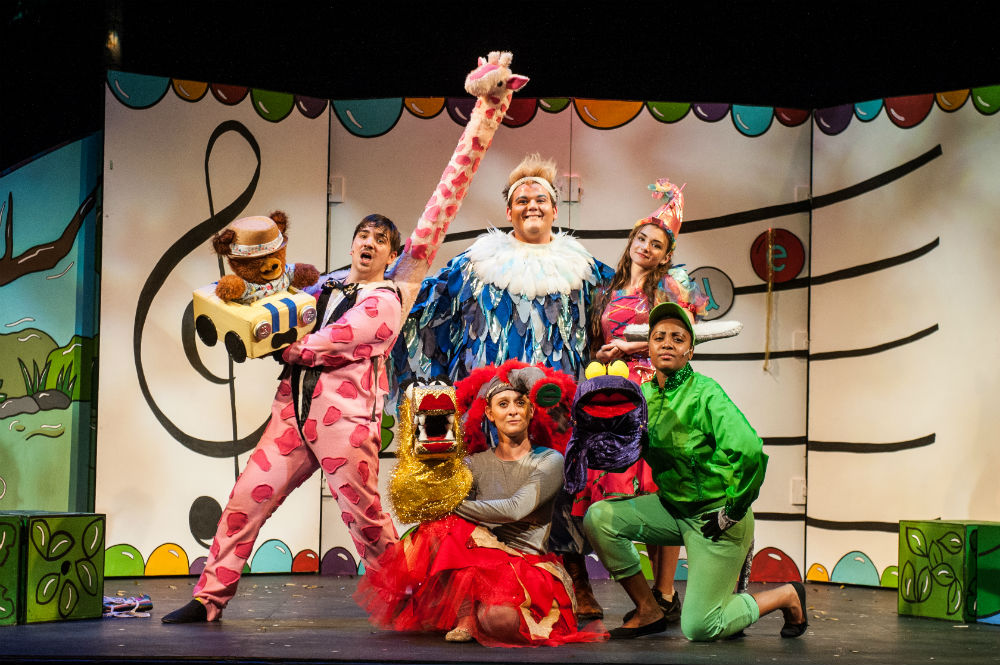 Children's Theatre at the Fringe

A glance through this year's best family shows

As the end of the school holidays come to a close it’s worth now having a look at the best of the family friendly shows that are currently taking place at the Edinburgh Fringe Festival 2017 – there’s bound to be something here that will appeal to the younger audiences before they are sent off back off to school.

Animals are always a key feature of the program of children’s theatre but this year they seem to be everywhere! Hit the Mark Theatre have worked with members of The Hoosiers to create a memorable musical, Animalphabet! The Musical. It’s a rollicking, colourful tale that has songs in it that will be stuck in your head for the rest of the festival, thankfully the songs are brilliant! This is definitely a show that will go down well so best grab the chance to see it now before it becomes massive! More animals can be found in the hilarious family comedy, Dr. Zeiffal and Dr. Ziegal and the Hippo That Can Never Be Caught as Mouths of Lions bring their award winning interactive comedy to the festival. Another great animal based comedy can be found with a political slant in thisegg’s Me & My Bee. Book adaptations of popular animal tales can be found with Oskar’s Amazing Adventure and Beatrix Potter’s The Tales of Peter Rabbit & Jemima Puddle-Duck. There is one little dog however, who’s tale (or should that be tail?) should not be missed, Ditto Theatre Company bring their moving story of Ingo’s War to the festival which features a beautifully stylized dog puppet who will likely steal everyone’s hearts (or your cheese sandwich!)

Puppetry is put to wonderful use as always throughout the children’s programme of shows and one definitely worth catching is the entirely unique A Heart at Sea by Half a String Theatre company. An epic musical folktale that has a stunning use of puppetry.

If you’re looking for a bit of comedy for the kids, stand-up comic Keith Farnan has created a hilarious little island just for the kids with Kidocracy which delves into what would happen if the kids made the rules. Meanwhile the ever-reliable TaleGate Theatre are back this year with two productions – The Giant’s Loo Roll and Father Christmas Comes Up Trumps! These productions always have the kids in tears of laughter.

For something a little off the beaten path, take a look at Theatre Sans Accent’s performance of Lost in Translation: A Bilingual Journey – a coming of age tale which plays around with the notion of language and the effects of being misunderstood.

Finally, if you fancy just having a bit of fun yourself with the littlest ones then do check out the CeilidhKids at the Fringe – where you are invited to come along to dance with your children to some delightful Scottish dances. Exercise, keeping the kids happy, having fun, tapping into your Scottish culture, and best of all – it’s free!