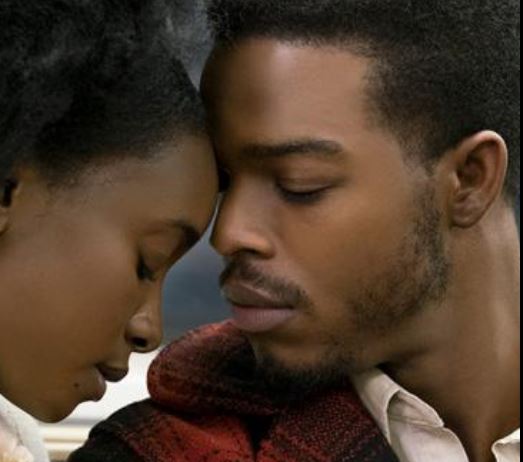 With February almost upon us, it can only mean one thing – Oscars season. The programmes from the Edinburgh Filmhouse and the Glasgow Film Theatre for this month contain a fair few new releases that have earned nominations in a range of categories, as well as a clutch of other novel adaptations and true-story-retellings. Which ones will take your fancy? Have a sneak peek at the preview below.

Can You Ever Forgive Me?

Melissa McCarthy takes a sideways step from her normal genre as she teams up with Richard E. Grant in this comic crime caper based on real-life events. When a prolific biographer finds herself out of touch with and unwanted by a modern audience, she turns to forging letters allegedly written by the rich and famous and flogging them to hapless dealers all over the States.

Bergman: A Year in a Life

Filmmaker Jane Magnusson delves headfirst into the life of auteur director Ingmar Bergman, concentrating on his work and personal relations during 1957. The year saw Bergman put out two of his most acclaimed titles, as well as four stage plays, one TV movie and a hectic home life. A unique insight into the working methods, temperament and thought patterns of the man.

In 1973, Mexican-Spanish anthropologist Santiago Genovés anticipated Big Brother by several centuries with his bizarre social experiment in which five men and one woman were hand-picked to spend 101 days floating about on the Atlantic in a raft. The catch? The group were specifically chosen to rub each other up the wrong way, with Genovés keen to explore the origins of violence and social tension. Crazy, thought-provoking stuff.

They say marijuana is a gateway drug – and that certainly proves to be the case for Nic (Timothée Chalamet), who quickly progresses from the soft stuff onto crystal meth. His father David (Steve Carell) isn’t fussed about the former but understandably fears for his son once he begins a destructive relationship with the latter. Based on a true story.

The life of introvert Jong-soo (Yoo Ah-in) takes a different turn when he bumps into old school-friend Hae-min (Jeon Jong-seo), with whom he begins a relationship of sorts. However, Hae-min comes back from a short trip away with the enigmatic and wealthy Ben (Steven Yeun) and Jong-soo no longer knows where he stands. Based on the Haruki Murakami short story Barn Burning.

After a failed anti-Nazi mission leaves his eleven comrades dead in 1943, Norwegian resistance fighter Jan (Thomas Gullestad) must make his way home across the icy tundras of Scandinavia, pursued by Gestapo forces all the while. It’s a gruelling journey which forces Jan to make unpleasant decisions and reassess his view of himself in the name of survival.

Brash and racially-insensitive Italian-American Tony “Lip” (Viggo Mortensen) has his worldviews challenged when he is hired as a minder/manager for successful African American musician Dr Shirley (Mahershala Ali) as he embarks on a tour of the Deep South. Wonderfully heart-warming film about cultural divides – and the ways of bridging them. Excellent Christmas fodder.

This biographical drama focuses on the last interview given by celebrated Austrian actress Romy Schneider in 1981, one year before her death. Conducted within the confines of a rehab clinic, Schneider went against her better judgement in agreeing to speak to the press, who had treated her poorly on previous occasions, and the resulting interview would prove to be incendiary for both Schneider and the public.

If Beale Street Could Talk

Barry Jenkins follows up his Oscar-winning Moonlight with this harrowing story of young couple Tish (KiKi Layne) and Fonny (Stephan James). Their bright future together is thrown into turmoil when Fonny is accused of a crime he didn’t commit, leading Tish to question how far she will go to stand by him and her mother how far she will go to protect her darling daughter. Based on the novel of the same name.