Tragedy and loss are such personal issues, discussing them openly on stage without sentimentalising them is always a difficult task. Tim Price manages to provide an insight into the anguish that drifts between both life and death in his first full length play For Once at the Traverse this April, which sees newly appointed Artistic Director Orla O’Loughlin at the helm.

The play explores the activities of a local teen who survives a car accident which claimed two lives. Sid (the surviving teen, played here by Jonathon Smith) has been left partially sighted, and shares stories of his life before and after the incident. Through intertwining monologues, Sid and his parents examine the hidden issues that lie within a family living in a seemingly perfect community.

Price has already firmly established himself on the Scottish theatre scene, with notable productions including Salt, Root and Roe, which was nominated for the Olivier Award for Best Outstanding Achievement in an Affiliate Theatre. With recent LAMDA graduate Jonathan Smith leading the production alongside Geraldine Alexander and Patrick Driver as his character’s parents, the play handles the themes of loss and grief delicately, and yet with a dark humour. Such a sensitive subject handled with light whimsy could be deemed insensitive, however Price offers a piece which is engaging, unrestricted and actually could be strangely uplifting.

Pentabus Theatre aims to establish new work connecting people with places, and almost at its 40th anniversary, has gained an exciting reputation within the touring field. Having premièred For Once in 2011 at Hampstead Theatre, O’Loughlin has brought this critically acclaimed production to her new home to showcase her directorial talents, and it’ll be interesting to see the journey that this text will set her on at the Traverse. 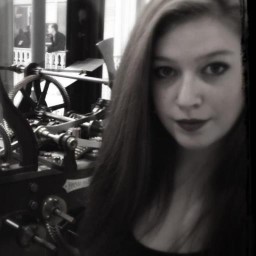