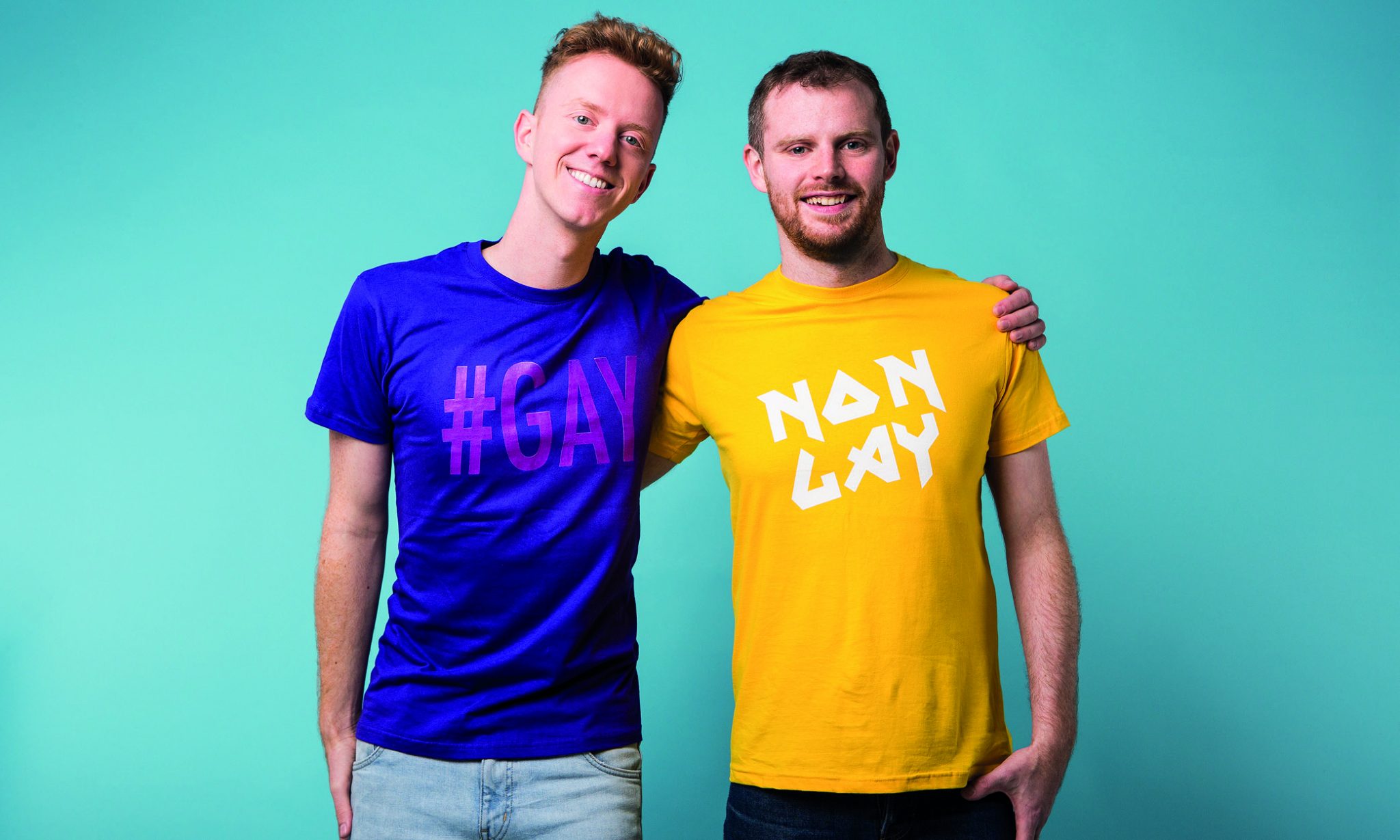 A Gay and a NonGay

The premise behind A Gay and A NonGay is simple: two blokes, one gay and one not, get together for a bite-sized chat about LGBT issues. From this basic idea has sprung a massively successful, award-winning show that has a UK tour and now a series of live shows at Underbelly, featuring an expensive rota of guests.

For this opening show, hosts James Barr (the titular ‘Gay’) and Dan Hudson (the titular ‘NonGay’) are joined by comedian Jack Rooke and the hosts of the BBC’s Unexpected Fluids podcast, Alix Fox and Riyadh Khalaf, for a discussion covering bullying, stereotypes, masculinity, sex, romance, and a range of other topics.

While the guests are great, and Fox in particular is a veritable fountain of funny information about the stickier side of sex, it is Barr and Hudson’s chemistry that forms the basis of this delightfully filthy show. Prior to recording, the pair return to a familiar joke from their show based on a cookbook that incorporates ejaculate into cooking… and the conversation, which comes with prop work, is as hilarious as that sounds.

This live show, and the two years’ worth of shows preceding it, is the mission of two funny, charming, endearing, and intelligent young men with a passion for equality and fair treatment trying to understand each other and themselves just that little bit better.

The kind of conversations that take place in A Gay and A NonGay are exactly those that will help society progress towards freedom for those who do not have full use of theirs yet. That they are had amidst semen gags goes to make them fun and comfortable to have. They are also only really possible to have with the support of a genuine and admirable friendship that bridges societal difference. Barr and Hudson have that and it is what makes their show so magical.

A Gay and a NonGay should be a Fringe essential for everyone – gays, nongays, old listeners and new. This is a show about friends getting together and finding out what they’ve got in common, despite their differences, and having a great time doing it. It’s warm, charming, sweet, hilarious and absolutely brilliant!