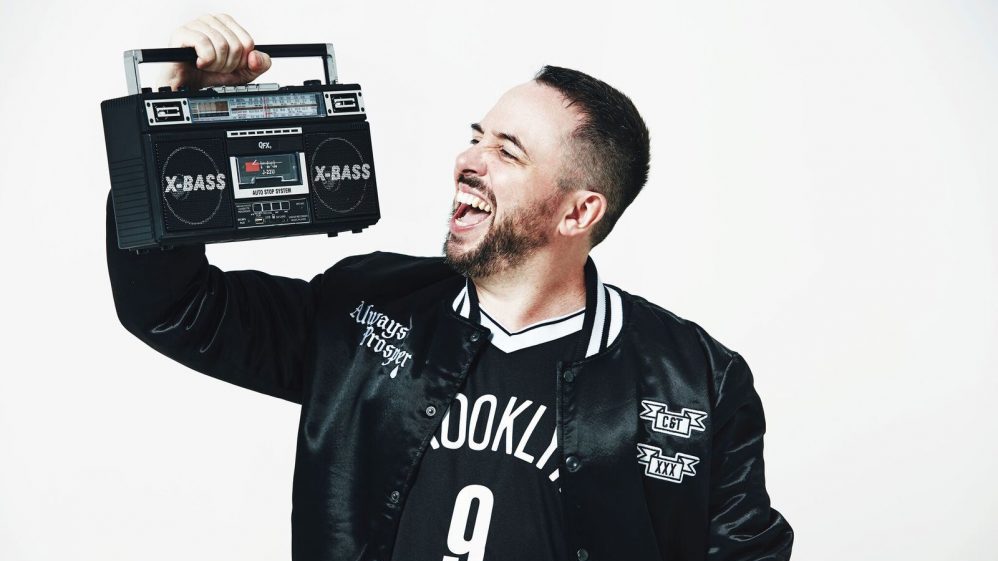 Abandoman is an hour-long improvised comedy hip-hop wonder. Rob Broderick raps and dances his way through the audience’s suggestions, covering any scenario from “a sleeping bag was left on a train” to “Facebook keeps tagging me as my identical twin”. It is a novel concept that delivers great comedy and leaves the audience wanting more.

There is an upbeat atmosphere in the venue, and throughout the show the audience is engaged and playing along. Broderick handles the crowd skilfully, keeping suggestions controlled yet maintaining a slightly out of control atmosphere. He uses a good level of audience participation (as is necessary with improv) and the audience is eating out of the palm of his hand.

The improvisation in the show feels natural, and the rhymes never feel forced. Broderick does stall for time by resorting to filler words and phrases in his verses every so often. However, this does not really take away from the quality of the verses or from the show overall. While rapping, Broderick manages to make the rhymes sound natural enough so as to not sound too far fetched.

Even though the entirety of the show is based on hip-hop and rap, Broderick’s comedic talent and witty rhymes combine to create a brilliant show which most people will enjoy.

Abandoman is improv comedy done right—Broderick leads the audience well and has natural comedic timing. As well as being hilariously funny, many of the rhymes were lyrical masterpieces that flowed well within the songs. The show is a unique concept that lives up to its premise.