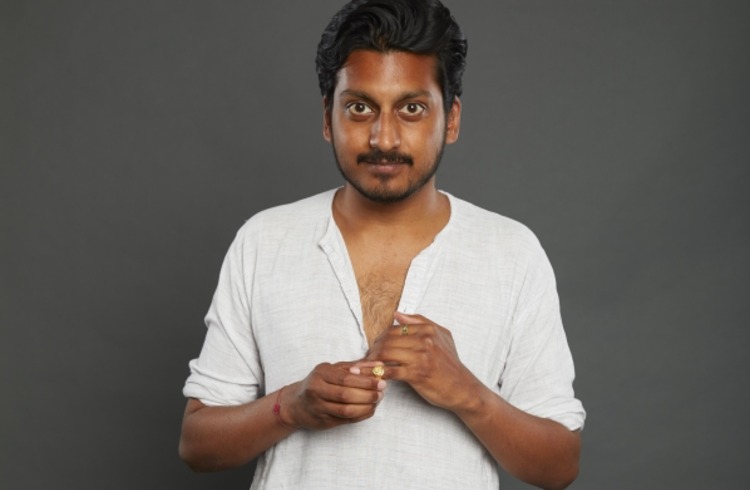 Blisteringly rage-filled hour of stand-up on life, the universe and everything else

Ahir Shah makes a triumphant return to the Fringe, following his nomination for Best Show in 2017, with new show Duffer, his most personal work to date. The Free Fringe show is proving so popular that dozens of punters are being turned away daily when the venue reaches standing room only. Such is the buzz that extra ticketed shows have been added at weekends to cope with demand.

In Duffer, Shah delivers a blistering polemic which tackles race, identity, religion, immigration, class, death and life itself. The show follows the comedian’s journey to India to perform stand-up and to reunite with his paternal grandmother, who was deported from the UK when Shah was just five years old, and who gave him the nickname “Duffer” (Hindi for clown).

Shah is searingly angry about the expulsion of his grandmother from the UK by a 90s Conservative government and brings a personal perspective to a topic more pertinent now than ever. You can feel the devastation at being ripped apart from the woman who raised you like a mother at an age where you can barely understand that government exists.

Anyone familiar with Shah’s work will know of his fierce intelligence and rage-filled delivery. During the rapid-fire hour long show, he barely causes for breath and delivers a high energy performance with a sense of urgency. Mortality is a recurring theme, from the deterioration of his beloved grandmother’s health through dementia and cancer to the suicide of an uncle when Shah was 15. He’s not afraid to take the audience to some dark places whilst also throwing in cracking one-liners which add levity to an emotive show.

The comedian peppers his performance with existential questions and has a particularly witty conversation with religion itself. There’s a running gag involving Bohemian Rhapsody and a motif about Shah’s father Vikram and his unwillingness to embrace the cultural zeitgeist which many can identify with.

Shah is not seeking to answer any of life’s big questions (he’s a comedian, not a philosopher) but the show will leave your brain fizzing with thoughts about life, the universe and everything else. Duffer is cerebral but not condescending; simultaneously heartbreaking and hilarious. By the end of the hour the audience leave emotional, exhilarated and buzzing about what they have just witnessed, which may just be the best show they will see this Fringe.