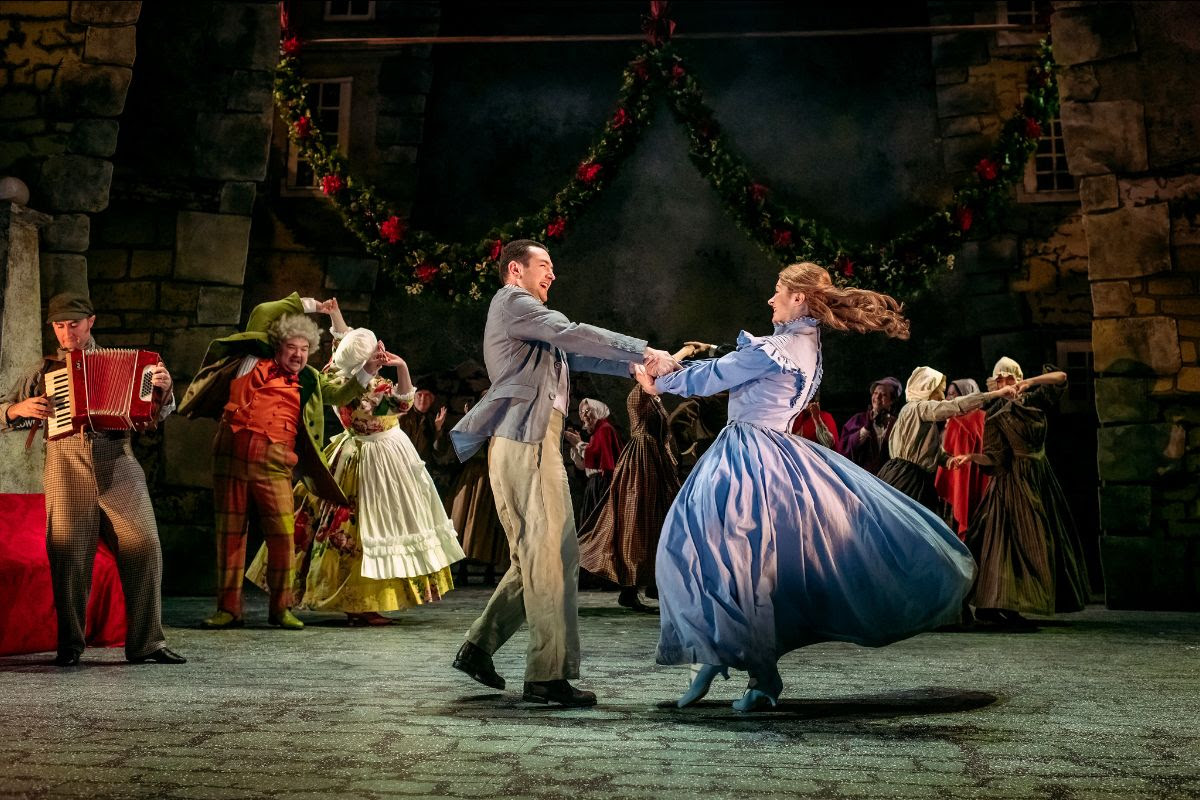 Many of us know and love Charles Dickens’ famous festive staple A Christmas Carol. In An Edinburgh Christmas Carol, writer and director Tony Cownie gives this tale a Caledonian twist with a strong re-write in favour of the new setting with some good old Scottish characters and legends thrown in for good measure.

It’s surprising to see just how many ways a Scottish element can be mixed into Dickens’ work in some form or other, and it’s keeps the audience on their toes even though the main story beats remain intact. Some of these elements work well – a particular jab at the board of the Bank of Scotland appearing as damned souls garners a big cathartic laugh from the audience.

The set design, by Neil Murray, is simple yet interesting with the graveyard gates notably staying present throughout the whole show which is a nice touch to remind us of the more gothic elements of the story. The Edinburgh-fied spirits are also good fun, although here they are named Auld Syne (Joanne McGuiness), Nouadays (Steven McNicoll) and Ayont (Taqi Nazeer).

Crawford Logan gives a brilliant Scrooge while Charlie West plays a menacing Jacob Marley. McNicoll plays the crowd excellently as both the larger-than-life Fezziwig and the kilted Nouadays. Though silent, the headless kilted drummer spirit Ayont strikes an especially foreboding figure, communicating only through their drum.

The Scottish write-ins do breathe a bit of new life to the 178-year-old story and it’s fun to try and think what else would happen next. As an Edinburgh resident, the variety in accents and slang terms used are a nice touch. However, there are more than a few references that feel crowbarred in prompting eye-rolls from the more Scrooge-like of us.

The much-loved Greyfriars Bobby is well realised enough with the inventive use of some talented puppetry but it’s more than a little distracting in how prominently he is featured in the plot. The Tiny Tim puppet also feels a bit spooky to begin with, but  becomes quite endearing after some getting used to.

Although at times the production teeters closely into pantomime, the target audience is primarily children and families who will love this feel-good rendition. In the spirit of Christmas, An Edinburgh Christmas Carol proves to be a great evening out for all.