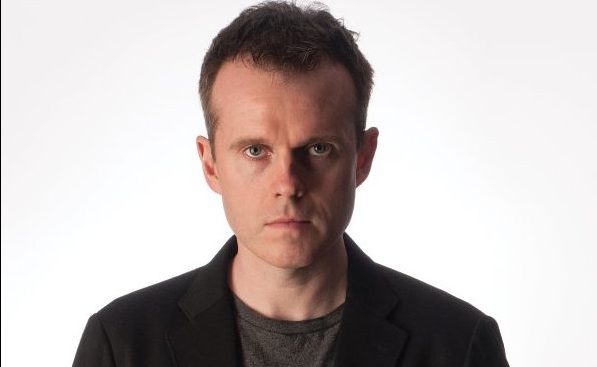 Waspish Stand regular calls out the left on their hypocrisy

Two things you should know about Andrew Doyle: “I do politics and I’m a massive gay”. And when he says he does politics, he’s actually one of the most broadcast political comedians in Britain, even if you’ve never heard of him. As the co-writer of Jonathan Pie, his work’s been shared across Facebook with many a “This guy’s SOOOOO funny. LOL!” by people who never get near the Fringe. He might not play the character, but once you’ve seen Jonathan Pie in his mannerisms, you can’t unsee it, just like Steve Coogan always seems a bit Partridge even when being himself.

But it’s the “massive gay” tack Doyle opens with, specifically the fact that his Northern Irish Catholic mother has finally come to terms with his homosexuality and wants him to get married. Great for family harmony, less so for comedy, as it leads him into an orchard of low-hanging fruit. The Catholic Church’s stance on homosexuality is such easy pickings for a left-wing comedian, it’s hard to meet it with much more than a shrug.

There’s better stuff to come. In a segment on labels, he gives hilarious, and, for “the hetties”, very educational, descriptions of the various gay sub-categories – otters, bears (of many different species), gaysians… He paints tastes so specific, it’s a wonder anyone ever gets laid.

He also indulges in some delicious, perfectly judged Scots-baiting about educational standards. It’s not something everyone can do, but Doyle pitches it just right – viciously slashing with one hand, applying balm with the other.

The origin of the show title, though, lies in the political material he has lined up, and it’s here the real strength lies. A self-identified Tory in the audience (the only one) takes him to task for misogyny when he calls Theresa May a “venomous hag”. Bad move. Red mist descends and Doyle snaps back with more vitriol about May. This is his room. He’s fine with political differences but woe betide someone trying to muscle in when he’s in full flow. Plus she’s at risk of ruining his finale. She really has no idea the irony of what’s to come…

We can skip past Doyle’s use of the tame, overused line about how “Nazi” has become someone who doesn’t agree with you, it’s just intro work for a juicy exploration of the hyprocisies of the left, the futility of call-out culture. He paints a picture of a middle-class gastropub lunch with some Corbynista, Europhile friends. Doyle dares to dissent from received wisdom and, for his troubles, gets subjected to accusations of mansplaining, internalised homophobia and much else besides. It’s a funny, and accurate picture of being shot by his own side.

It’s absolutely the time and the place for this. There’s so much to be said on the faults of the left, the intolerance of the “tolerant”, and hardly anyone else is doing it. That being the case, it’s frustrating Doyle spends so much time paddling at the beginning with “Catholics don’t like gays” stuff. There’s not enough time to work up enough of a fury, nor expand upon the issues he’s identified. It holds him back from being brilliant.