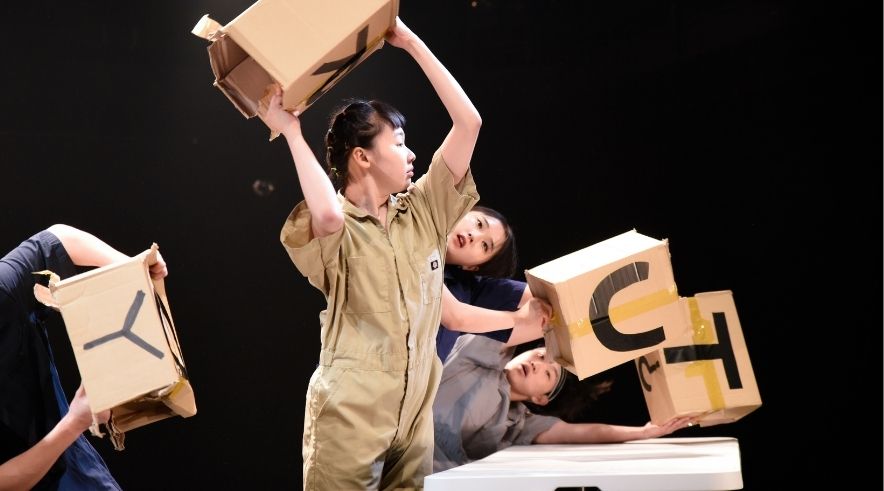 These dancers are stunning

TOB Group (Think Outside The Box) hail from Korea, specialise in blending hip hop, theatre and dance and are presenting a contemporary dance double bill at Dancebase.

Much of Are You Guilty? is performed in silence, effects created by the performers with slaps, scratches, foot stamps and slides as the only soundtrack though occasional bursts of music accentuate the confrontation. The piece explores the bystander effect – the psychological theory that people are less likely to come to the aid of someone in need if there are others present who are also not assisting.

The three dancers slide between being perpetrator and victim in a continually shifting tableau. Angular exaggerated movements punctuate the accusations, juxtaposed with fluid as water choreography as the bystanders – and finally, we the audience – attempt to shrug off responsibility for unfolding events.

Barcode explores society’s obsession with consumption. A wall of boxes threatens to engulf the seven boiler-suited dancers who are forced into trying to worm their way out through the crevices in between. More boxes emerge and form a sort of impromptu production line – and woe betide any workers who don’t keep up. A thrumming soundtrack including a stylishly executed rap accompanies Kim Min’s physically demanding, intricate choreography. And are the workers producing the products or are the products enslaving them?

These dancers are stunning. Fluidly athletic, strong, swift, they execute the complex choreography with deft precision. Both pieces feature an irreverence and a nihilistic wit which, in the world of dance, is a breath of fresh air. This is an impressive fifty minutes of high-energy imaginative contemporary dance.