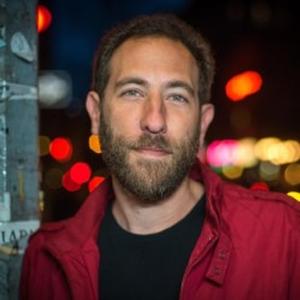 A hilariously irreverent hour of comedy that holds nothing sacred.

Ari Shaffir begins his set by explaining that he will be doing American (not British) material. That means no crying, no deeper meaning to any of this – and we’ll probably leave dumber than when we came in, he warns. We’ll also leave with bruised stomach muscles from laughing too much, as well as a bruised conscience for allowing ourselves to laugh over the perverse and irreverent depths to which the show will sink.

He’s a non-PC comic in the modern sense of the word (think more Frankie Boyle than Roy Chubby Brown) and apparently no area is off-limits, though his two favourite demographics to target are children (especially unborn ones) and Judaism. As a Jewish man himself, Shaffir has zero problem in making light of the Holocaust, Anne Frank or indeed anything that might be normally considered taboo outside the confines of stand-up comedy. His insouciant delivery – not to mention the cutting insight of his jokes – ensure it all goes down well, PC or not.

He revisits the differences between the US and the UK on several occasions, discussing how Jewish jokes have been repurposed for the Scottish, noting the absence of guns in British society and giving a US perspective on Brexit (after nine days of frenzied debate on social media, realising they don’t give a shit). While these parts are funny enough, they seemed tacked on to pander to the regional crowd and sometimes don’t fit the rest of the material fluidly.

Not that there’s much in the way of flow, anyway. A self-confessed massive stoner, Shaffir leaps from one hilarious grumble to the next, often not bothering with a segue and even drawing attention this lack of finesse on one occasion. But who needs finesse? With material as strong as this, a polished performance might even detract from the appeal and Shaffir is at his best when he’s railing free against oblivious young parents or Tinder.

Those who are easily offended should probably give Shaffir a wide berth, since his humour is of the darkest and most derisive variety. However, his easy charm and excellent material ensures he never really crosses the line and anyone with a liberal worldview will be in stitches for the duration. He also represents a huge coup for the free Fringe, so those disgruntled with the show can simply choose not to pay… albeit at the risk of incurring a Scottish/Jewish gag at their own expense.