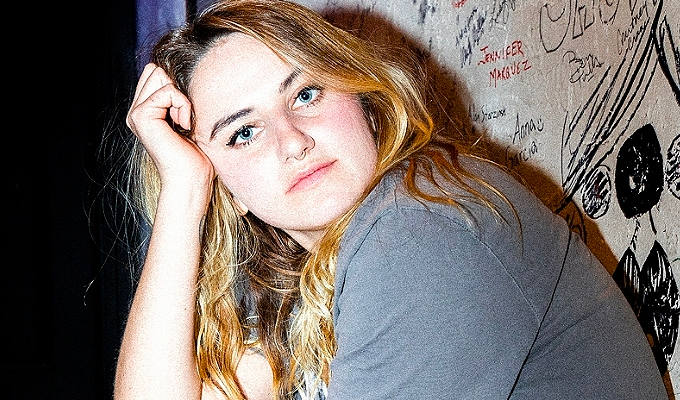 Confronting performance about trauma makes for a challenging experience

Vincent is vulnerable and frank in her delivery

Bird is a one-woman show that’s part-standup, part-storytelling, although it takes a while to establish this dynamic; we begin with crowd-work but then drift into a more subtle style of narrative. Vincent starts speaking at the mic but then moves away from it, projecting her voice to the small room, before returning to the mic later and continuing this back-and-forth routine. It seems arbitrary at first but we soon get the impression she feels comfortable with jokes at the mic before drifting off into more serious thoughts and reflections as she moves away from it to speak to us openly, ‘forgetting’ she is performing.

Early in the set, topics feel centred on American political issues – gun control, abortion laws, religion. However, the focus soon becomes more personal as Vincent describes her family and childhood to us. She refers to herself as ‘Bird’, gliding above her problems and watching on as danger is on the ground below. Meanwhile, her parents are Gorilla and Deer, with other characters assigned other animals too. Using this extended analogy is a coping mechanism – as is humour – to dissect the abuse she faced in a traumatic adolescence. This is the core of the show. It’s uncomfortable and confronting stuff and Vincent is vulnerable and frank in her delivery.

Lighting changes suddenly introduce a more deliberately theatrical element and these transitions are a little difficult to attune to. There are awkward silences as we wait for punchlines that don’t come. Like countless shows at the Fringe (and anywhere else), it seems Bird is a cathartic creation; a way for Vincent to work through her trauma, and it feels we’re invading a series of very personal diary entries as she pours out her harrowing stream-of-consciousness. It’s powerful and must take a lot of courage, but we’re not sure whether to sit back and appreciate the art or genuinely worry about her. The subject matter is so brutal that perhaps the jokes aren’t quite enough to lift this into entertainment.

Ultimately, Bird is an intense experience, but the overriding feeling is that we are watching a performer who is still working through difficult issues and it’s challenging to critique – or to fully let go and laugh with – a piece like this.