Skip to content
So for 30 years of music we have Oasis producing the best album and Cheryl Cole lip-syncing...come on...

With this decade promising an interesting twist in the mainstream musical fabric, the BRIT Awards 2010 was the self-proclaimed “ultimate ‘must see’ televised event in British music” – If watching Cheryl Cole lip-syncing and doing her best Lady Gaga impression is the Ultimate that this musically-minded country can deliver, then I might just emigrate.

Despite the lone Girls Aloud’er using up a couple minutes of airtime better suited to someone else, some impressive performances were seen on the night – in particular Alicia Keys and Jay-Z showing JLS how true talent really flourishes, as well as Florence (without her Machine) pairing up with Dizzee Rascal for a very memorable performance. Lady Gaga continued with the time-honoured tradition of winning Fruitcake of the Night by performing a song that no-one in this universe had ever heard off; and dare I say it: rightly so. Superstars like Gaga have earned the God-given right to be eccentric, abandoned and completely unpredictable. Mrs. Cole on the other hand, has not.

I have nothing against Cheryl Cole. She gives the people what they want and is in turn given millions of adoring fans and masses of money. What I hate is the fact that she is performing at the BRIT Awards – the 30th anniversary no less, which should be a privilege given only to people like Florence belting out notes that no human should be capable of hitting. Her dance routine was impressive, but the BRIT Awards is about the pinnacle of music in Britain over the previous twelve months. If Cheryl Cole fits into that niche, then it’s a sad moment for the British music scene.

Kasabian won Best British Band, although it should really be renamed The Muse Award for the amount of times they get nominated for the title, despite surprisingly not being on the shortlist for Best Album despite critical acclaim for their fifth studio outing (won by Florence and The Machine.)

I’m sure, Ladies and Gentleman, that you were all as shocked as I and the entire The Wee Review staff were that Oasis with What’s The Story (Morning Glory?) won ‘BRITs Album of 30 years‘. (surely their greatest contribution to the music scene is giving buskers something to sing) In fact it beat Dido – No Angels, Sada’s Diamond Life and Duffy – Rockferry. If those albums couldn’t topple Oasis, then it’s understandable why Radiohead, Stone Roses, New Order, The Smiths, The Cure, Blur and Massive Attack weren’t even nominees (amongst others…you get the idea).

The BRITs 2010 was summed up with Robbie Williams’ award for ‘Outstanding Contribution’. Williams holds the record for most BRIT awards won by any artist – although three of those were for Music Videos, and four with Take That.

It’s a sobering realisation that at these years BRITs – the pinnacle of British music – the highlight of the night was from Alicia Keys and Jay-Z blowing everyone and everything out of the water. Four minutes and thirty-five seconds of pure brilliance that belittled everything about the election of Cheryl Cole as a prime candidate for performing on the same bill as them. Who said Americans don’t understand irony? 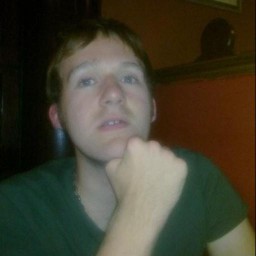